Paula Vogel’s How I Learned to Drive is the perfect example of what it means for a play to only get more powerful with age. And in this case, more relevant. Poignantly resurfacing after the global explosion of the #MeToo movement and the fierce confrontation of male-driven sexual misconduct and harassment amongst elite performers, news anchors, and yes, even the President of the United States, How I Learned to Drive transcends time and transformation of thought. First shown to the world in 1997, Vogel’s hard-hitting piece of about the inherently problematic, incestuous relationship between main characters Uncle Peck and Li’l Bit may hit audiences in an entirely different way, given the tremendous shift in how we understand and speak of stories like the one Vogel shared with us 20 years ago.

Shortly after the production’s premiere at the Vineyard Theatre, the New York Times released a review rather alarmingly titled, “A Pedophile Even Mother Could Love.” In it, reviewer Ben Brantley says that the charismatic and caring Uncle Peck can “appreciate a child’s sensitivity,” apparent in the way Li’l Bit so readily confides in him from a young age. But today’s audiences might see that more as sinister manipulation and misuse of power—what today’s experts call “grooming.”

The review also makes a reference to Li’l Bit being aware of her own ability to “seduce” or be “deceptive,” which may seem to absolve Uncle Peck, as the only adult in the relationship, from taking full responsibility for its progression. A review from Variety places similar blame at the feet of Li’l Bit in reference to her impressionability and fatherless childhood, calling it a “dangerous intersection” ripe for teenage temptation.

But the last twenty years have brought us things like Dr. Christine Blasey Ford’s testimony and the #MeToo movement. Amid the powerful exposure of the horrifying frequency of sexual harassment and assault across the globe, How I Learned to Drive seems to some like a completely different play.

Alyssa Wilmoth Keegan and Peter O’Connor in “How I Learned to Drive” at the Round House Theatre in 2018. (Photo by Kaley Etzkorn & Lilly King)

Following the Round House Theatre’s production of How I Learned to Drive last year, Washington City Paper released a review centered around learning to empathize with Li’l Bit’s character. Instead of an apology for a pedophile, we are encouraged to understand how Li’l Bit’s own compassion and fear of conflict may have led her to continue engaging with Uncle Peck, despite her deep feelings of reluctance and regret through the entirety of the piece. 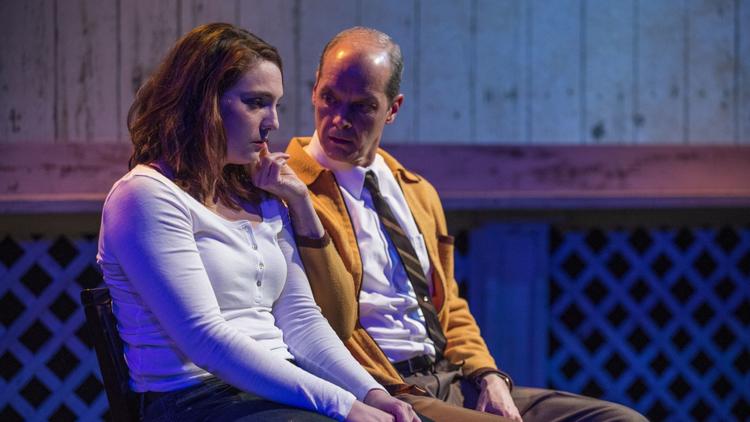 A Stage and Cinema review of last month’s production at Raven Theatre Chicago pays particular attention to the environment surrounding Li’l Bit’s mistreatment, with a family that had proved their ignorance and lack of care for her since her early childhood. Instead of the focal point of the story, Peck becomes the “professional pedophile,” laden with narcissistic qualities that “entitle” him to Li’l Bit, absolving the minor of responsibility for her own abuse. Jeffrey Blair Cornell and Julia Gibson in "How I Learned to Drive" at PlayMakers Repertory Company. (HuthPhoto)

In just over two decades, the mentality surrounding how we view such situations has changed significantly. No longer is it just Uncle Peck and Li’l Bit in this morally conflicted box of a relationship that cannot be opened or shared to the world. No longer are Uncle Peck’s actions excused because of his true kindnesses towards his niece. Now, Li’l Bit’s position in the driver’s seat helps us keep our own eyes on the road ahead, while restoring our agency to map out the past in a way that brings healing and catharsis.

Buckle up for Paula Vogel’s How I Learned to Drive, on stage at PlayMakers through April 21. Get your tickets here!