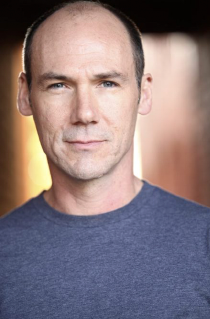 University:  A Midsummer Night’s Dream (The Juilliard School; A Bright Room Called Day, Woyzeck, The How and the Why, Love’s Labour’s Lost (UC Irvine); The Time of Your Life (USC).

Education/Awards/Other:  Andrew is the Artistic Director of The Chautauqua Theater Company. As an actor he has performed in theaters around the country, including South Coast Repertory, Pasadena Playhouse, The Globe Theatre, Berkeley Repertory, Oregon Shakespeare Festival (five​ seasons), Shakespeare Festival of St. Louis, Dallas Theater Center, Portland Stage Company, Long Wharf and others. He has appeared in over thirty TV series as well as the films Straight Outta Compton, Interstellar, Taken 3 and Charlie Wilson’s War. Andrew is a graduate of Brown University and New York University. He lives in Los Angeles, and is the Head of Acting for the MFA program, UC Irvine.