The health and safety of our campers, parents, faculty, and staff is our highest priority. At this time, student enrollment and program planning are underway and plans for our Summer Youth Conservatory are still on schedule. We understand that it is difficult for families to evaluate summer plans during this uncertain time. In response, we would like for you to know the following:

PlayMakers Repertory Company is prepared to alter these policies and procedures further should the situation change. We will communicate any updates when the time is appropriate. Thank you all for continuing to be a part of our summer conservatory!

Please feel free to contact Jeri Lynn Schulke at jschulke@email.unc.edu if you have specific questions. We will do our best to address your concerns. Stay safe and healthy. 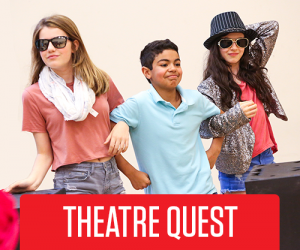 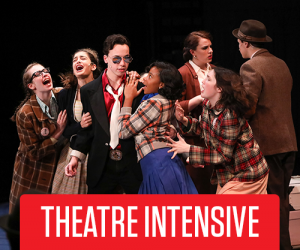 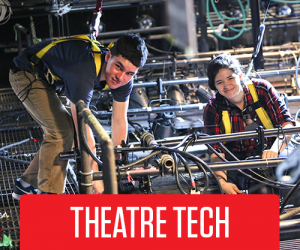 Theatre Quest has historically been our exciting program for rising 6th–rising 9th graders. NEW FOR 2020: We’re offering one camp for rising 4th–6th-graders (July 20–24)! Aspiring actors and interested youth can attend these week-long camps to study a variety of theatre disciplines and train with professional theatre artists.

All camps end with a Friday performance sharing for friends and family.

JUNE 15–19, 2020                   Principles of Acting
SOLD OUT
Dig deep into the exploration of acting techniques necessary for powerful scenes and monologues—how to play an action, identify objectives, overcome obstacles and focus energy, and more!
Instructor: David McClutchey
$325
JUNE 22–26, 2020                   Make Them Laugh
SOLD OUT
Develop comedic skills and discover why humor is such an essential ingredient in theatre and in life. Focus will be on monologues, scenes, physical comedy and improvisation.
Instructor: David McClutchey
$325
JUNE 29–JULY 10, 2020         Let’s Make a Play (TWO WEEK CAMP)
Using games, movement and playwriting exercises, the students will write and act in a brand new play! All writing done by students.
Instructor: Terra Hodge
$625
JULY 6–10, 2020                      Introduction to Stage Combat
Students will begin to build a foundation in principles of both unarmed, and armed stage combat. Learning to communicate with their scene partner, in an effective and safe manner in order to represent scenes of conflict between characters. Falling, rolling and throwing punches has never been this fun! Join us and dive into a creative world where anything is possible.
Instructor: Ryan Gentry
$325
JULY 13–17, 2020                    Acting the Fight
The Foundations of Character Driven Conflict
Some of the most memorable scenes in theatre are driven by confrontation. Verbal, and physical violence can be some of the hardest work an actor does. In this class we will mix the worlds of stage combat technique, and acting. Students will work to build relatable characters in scenes of conflict. Learning to control their physicality and breath in order to master the images they present to an audience, and culminating in a partner scene that will strive to represent character struggles in a realistic light.
Instructor: Ryan Gentry
$325
JULY 13–17, 2020                    Musical Theatre: Solo Showcase
Explore both contemporary and classic musical theatre selections, focusing on acting and singing solo and duet songs.
Instructor: John Dreher
$325
JULY 20–24, 2020          Creative Theatre Exploration (RISING 4TH–6TH)
SOLD OUT
Students will work together as they play games, learn about theatre and than rehearse and perform a short play.
Instructor: Deborah Cox
$300
JULY 20–31, 2020                    Musical Theatre: Suessical: the Musical (TWO WEEKS) SOLD OUT
In this fast-paced workshop setting, students will rehearse and perform a full musical in two weeks! Students will learn to combine acting, singing, and dancing and take a deep dive into technique and process, culminating in two performances. Come play and explore the wonderful world of your own imagination!
Instructor: John Dreher
$625
MEET THE INSTRUCTORS Thomas Bastable, a Durham native, lives in Chapel Hill and works as an affiliate vocal coach and music director at the University of North Carolina at Chapel Hill. In addition, he is the head teacher/coach at Balanced Music School and the assistant music director/pianist at Damascus Congregational Church. He graduated from UNC in 2010 with a degree in Vocal Performance and worked as a voice teacher/vocal coach before going to graduate school at Oklahoma City University for Opera Performance. Equally comfortable on the stage or behind the piano, Thomas’ favorite performed opera roles include the title roles in Don Pasquale and Gianni Schicchi as well as Papageno from Die Zauberflöte. His voice students have continued into collegiate degrees in music business, education, and performance. His coaching students perform regularly locally and regionally and many have continued on to graduate school for voice. Deb Cox is the Visual Arts Teacher at Carrboro Elementary School where she runs an after school Theatre Arts program. Over the past nine years she has educated and inspired hundreds of students with such productions as Jungalbook, Schoolhouse Rock Live, Jr., Charlie and the Chocolate Factory, The Lion, the Witch and the Wardrobe, and Mary Poppins, Jr. (to name a few). Additionally, she works as a director, costume designer, and set designer for a variety of local theatre companies and high schools. She is excited to join the great staff of theatre artists at PlayMakers this summer. John Dreher was born and raised in Colorado. He’s studied music and singing for over 20 years and loves telling stories through song. After graduating from UNC Chapel Hill with his MFA in 2013, he moved to NYC where he has appeared in The Slap on NBC, and Ricki and the Flash, starring Meryl Streep and Kevin Kline. He has appeared in musicals both off-Broadway and regionally including, Cabaret, Big River, The Last Five Years, Jesus Christ Superstar, Parade, Urinetown, and Joseph and the Amazing Technicolor Dreamcoat. This is his 7th year teaching and learning in Theatre Quest/SYC and could not be more proud to be involved in such a vibrant arts community! Ryan Gentry is a graduate of Louisiana Tech University, where he studied Performance, and Stage Combat. He has received training, and recognition, in all eight weapons with the Society of American Fight Directors, as well as firearms certifications. He teaches at Orange High School, and can also be found at various theatres around the area, choreographing fights, and constructing sets. Most recently, he did the fight choreography for Morte Arthur, and Robin Hood at Studio 1. Ryan is extremely pleased to be working with PlayMakers this summer, and can’t wait to start classes! Terra Hodge is the Theatre Arts teacher at Culbreth Middle School in Chapel Hill where she was named the 2017–2018 teacher of the year and was selected as a top 3 finalist for the district teacher of the year. She is also the Youth Programs Coordinator for The Justice Theatre Project. Terra received her BA in Theatre Education from North Carolina Central University and her MA in Film and TV Production, with a concentration in Acting and Directing, from Long Island University’s Brooklyn Campus. She has directed many shows at her school and received an Excellence in Directing award at the 2016 NCTC Middle School Play Festival. Some of her directing credits include The Amen Corner (Agape), Crowns (RLT), Nickel and Dimed, and Co-director of A Raisin in the Sun (both JTP productions). She is no stranger to the stage, and has performed in many shows. Her favorite roles include Vera Stark in By the Way, Meet Vera Stark (NRACT), Serena in Porgy and Bess, Celie in The Color Purple, Mary in Black Nativity, Sarah’s Friend in Ragtime (all JTP productions), and Charlene/Ensemble in Dreamgirls (Theatre Raleigh). In addition to being a performer and a director for theatre, Terra has written, produced, and directed several short films, one of which was screened at the National Black Theatre Festival in Winston-Salem, NC. 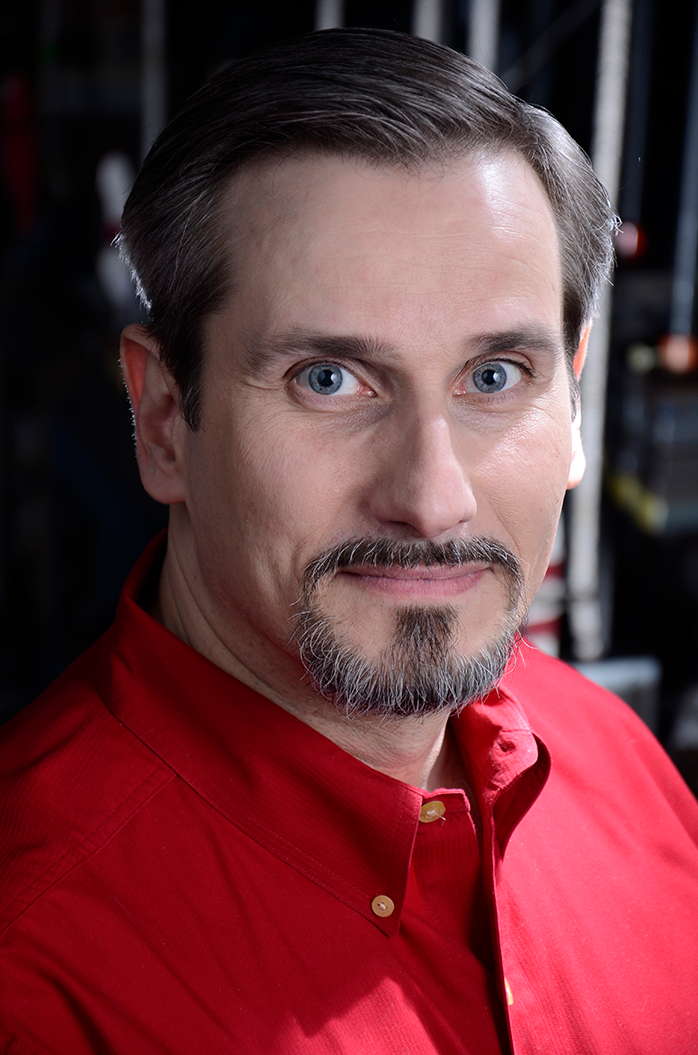 David McClutchey is a professional actor, director, and choreographer with over 100 acting credits to his name, he has had the pleasure of working with some of the best talent in the triangle including: PlayMakers Repertory Theatre Company, Carolina Ballet, North Carolina Symphony Orchestra, Raleigh Little Theatre, Theatre in the Park, Temple Theatre, Deep Dish Theatre, Hot Summer Nights/Theatre Raleigh, and many more. Mr. McClutchey received his certification as an Advanced Actor/Combatant from the Society of American Fight Directors in the early 1990’s and since then has choreographed fights locally, nationally and internationally as well. Mr. McClutchey is currently the Director of Theatre for St. David’s School in Raleigh NC.

To register for classes, fill out the Theatre Quest Registration Form.
For more information about scholarships, contact Jeri Lynn Schulke at jschulke@email.unc.edu.

Our Theatre Intensive and Theatre Tech programs are for high school students who are ready to take it to the next level. PlayMakers offers a six-week practicum for high school students—both on stage and behind the scenes—combining top-notch teaching with unparalleled practical experience. Students work with professional directors, choreographers, musical directors, and theatre technicians at PlayMakers Repertory Company, which culminates in a professional-quality production for the entire Triangle to enjoy.

“The Conservatory is the biggest learning experience in acting and singing that I’ve ever encountered. I learned so much about scene work, text work, and character work.”Nora, Conservatory Student

Rising 9th-graders to recent high school graduates participate in six weeks of intensive training and rehearsals towards performances in a professionally-realized production on the PlayMakers’ main stage theatre.

This program is a huge commitment. Students must attend all six weeks and conflicts must be at a minimum.

High school students train for six weeks alongside PlayMakers professional staff and visiting designers to learn about all aspects of technical theatre, apprentice in the field of their choice as they produce a professionally-realized production on the PlayMakers’ main stage theatre.

This program is a huge commitment. Students must attend all seven weeks and conflicts must be at a minimum.

If you have any questions please contact Jeri Lynn Schulke at jschulke@email.unc.edu. See above for deadlines.

*Thanks to the generosity of donors, PlayMakers is committed to ensuring that anyone accepted into the Theatre Intensive and Theatre Tech programs will be able to participate regardless of financial need.↑ 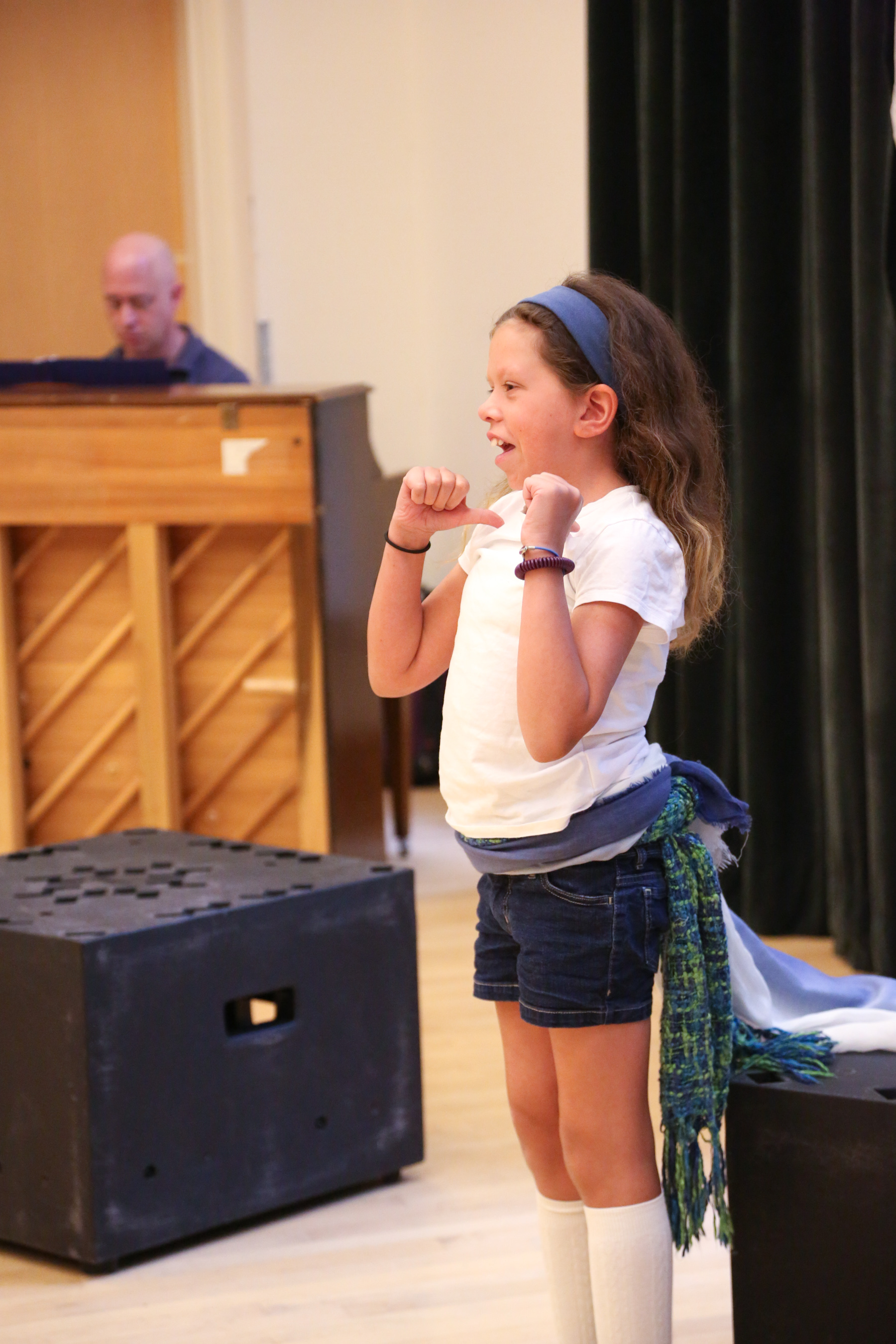 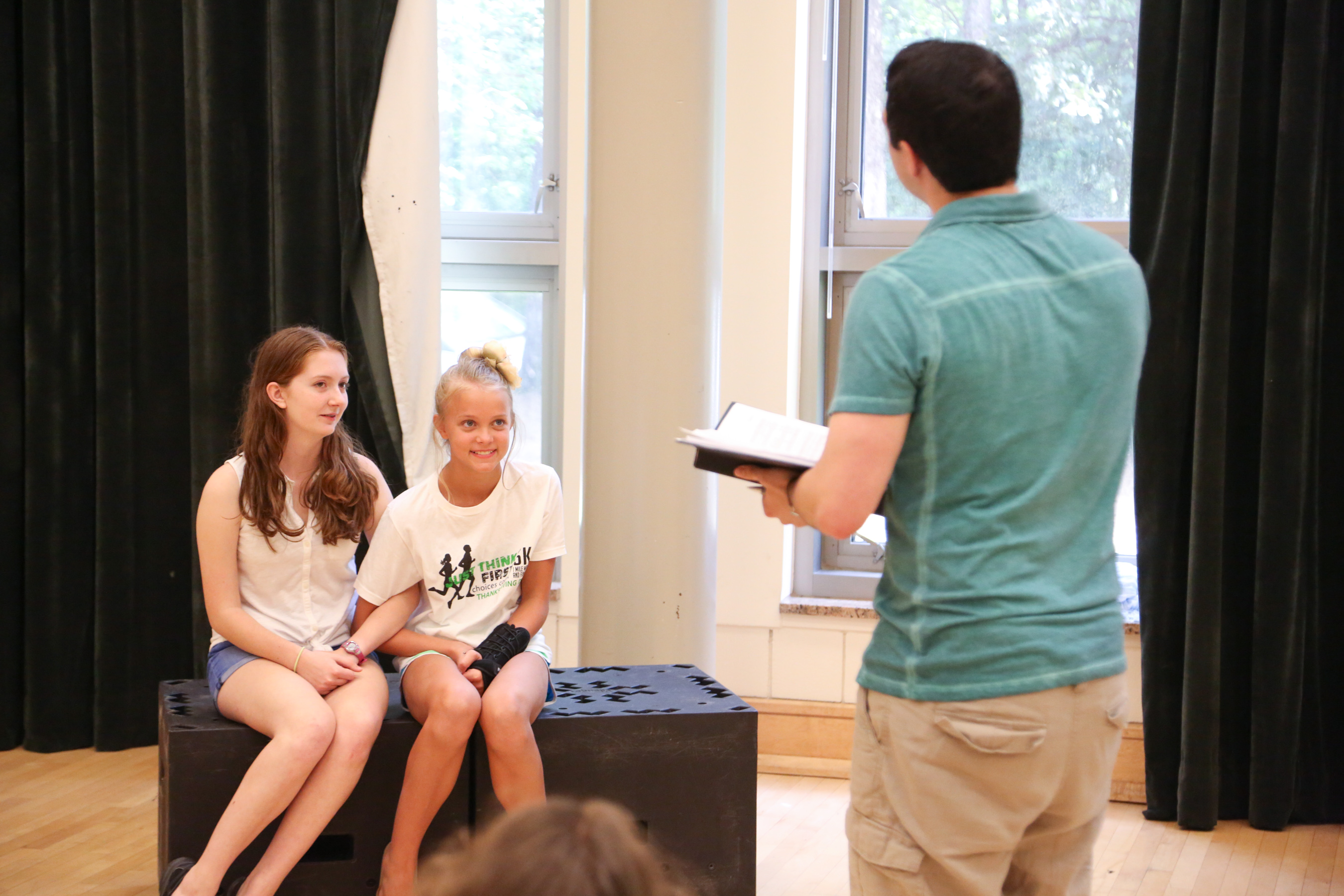 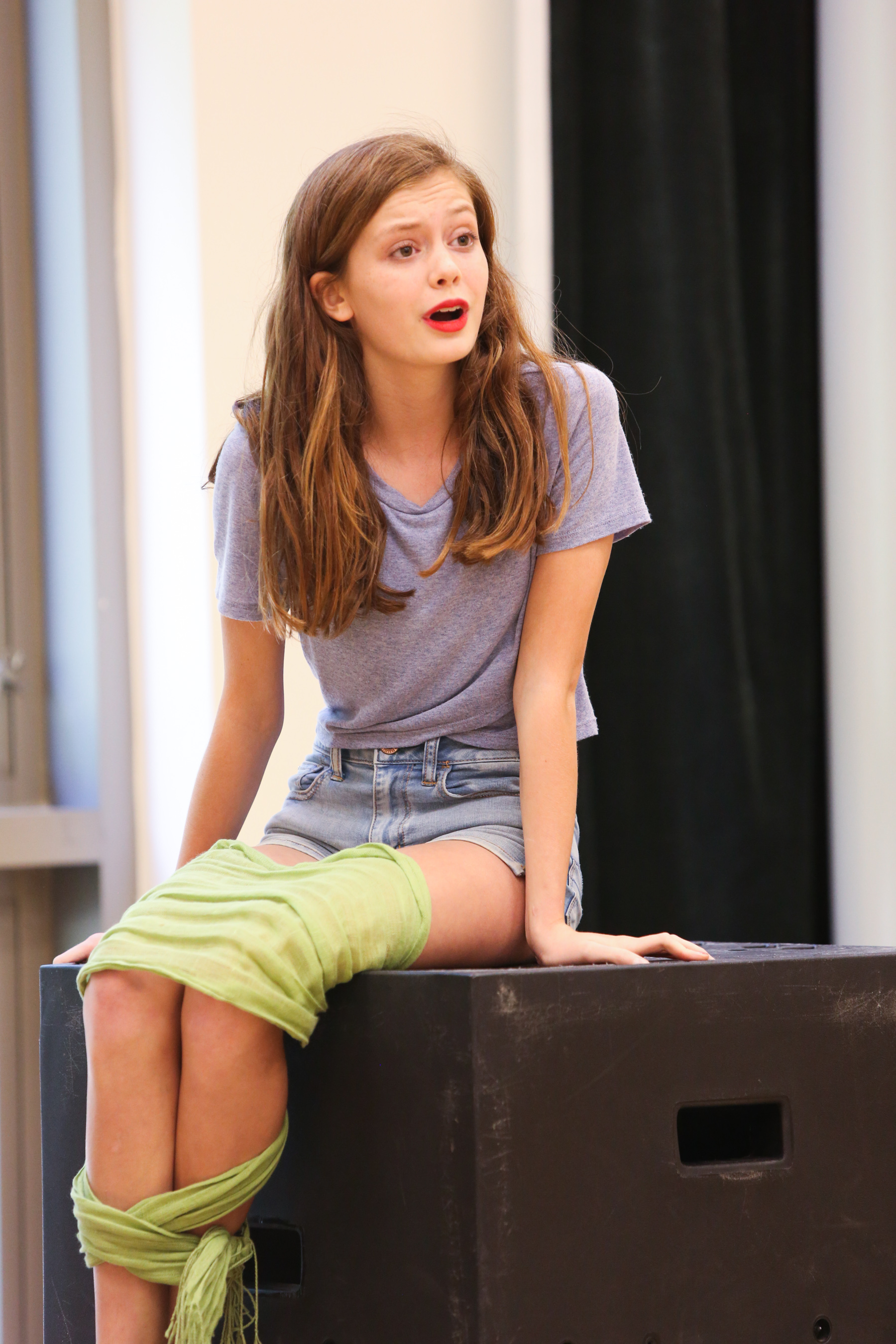 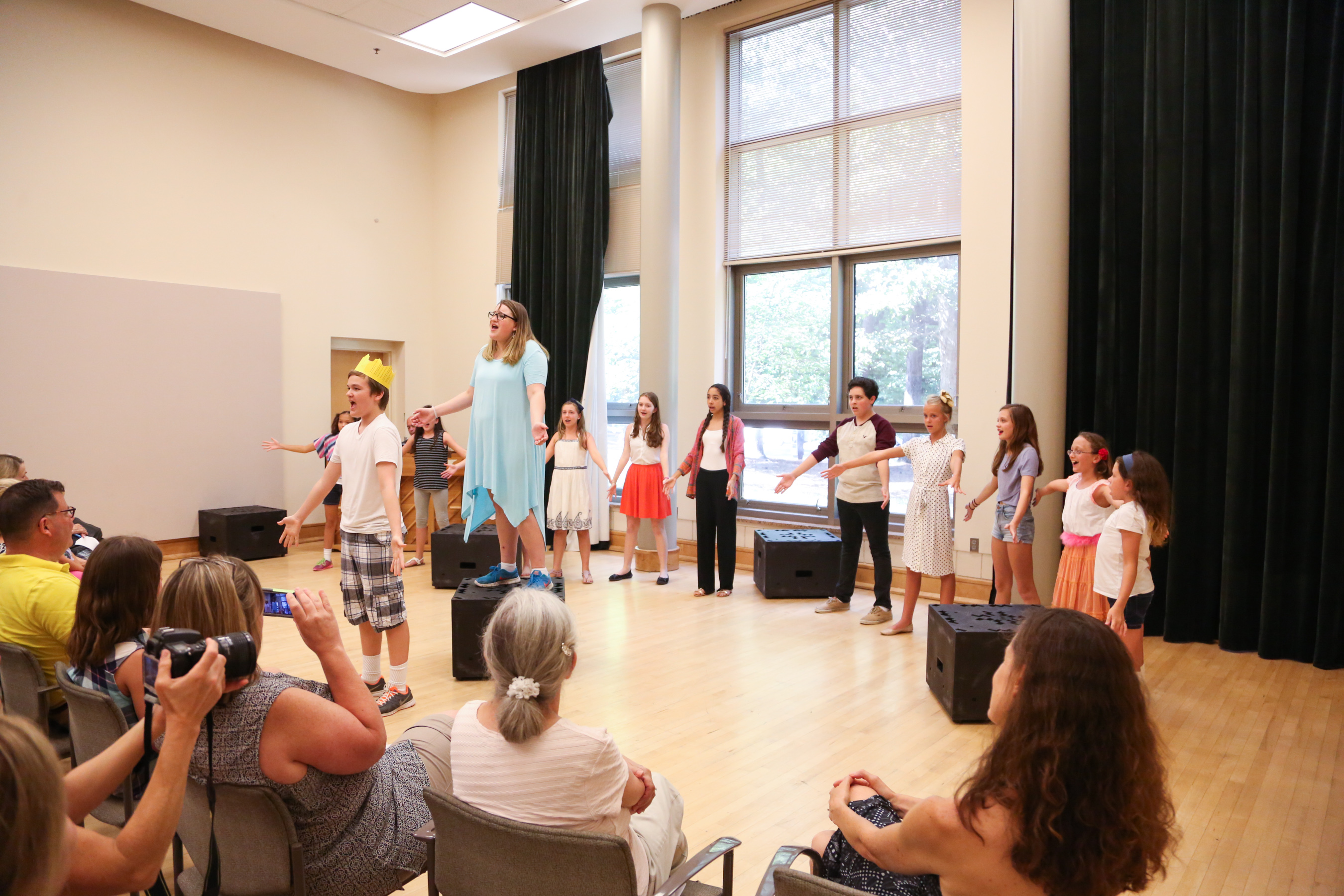 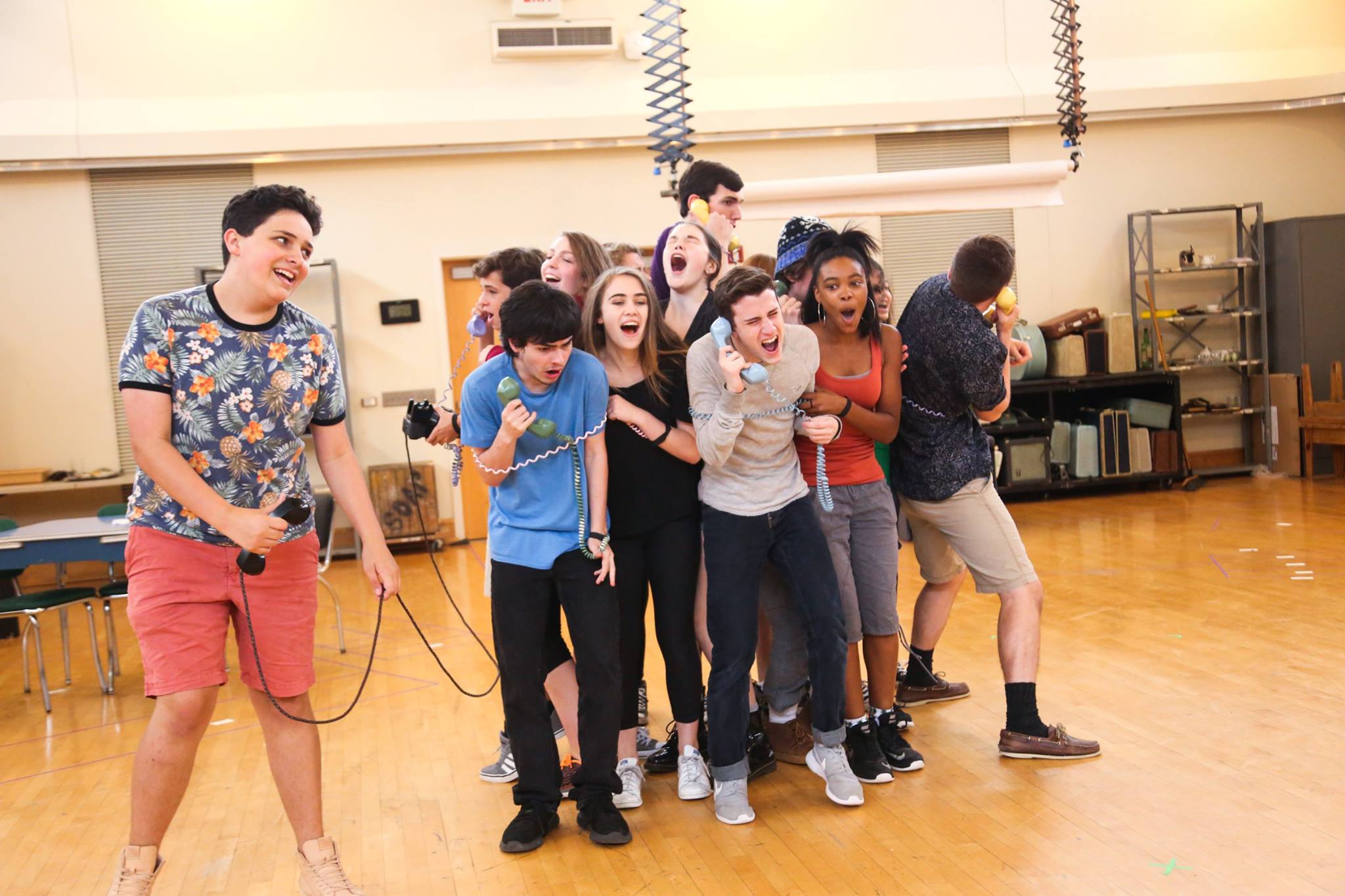 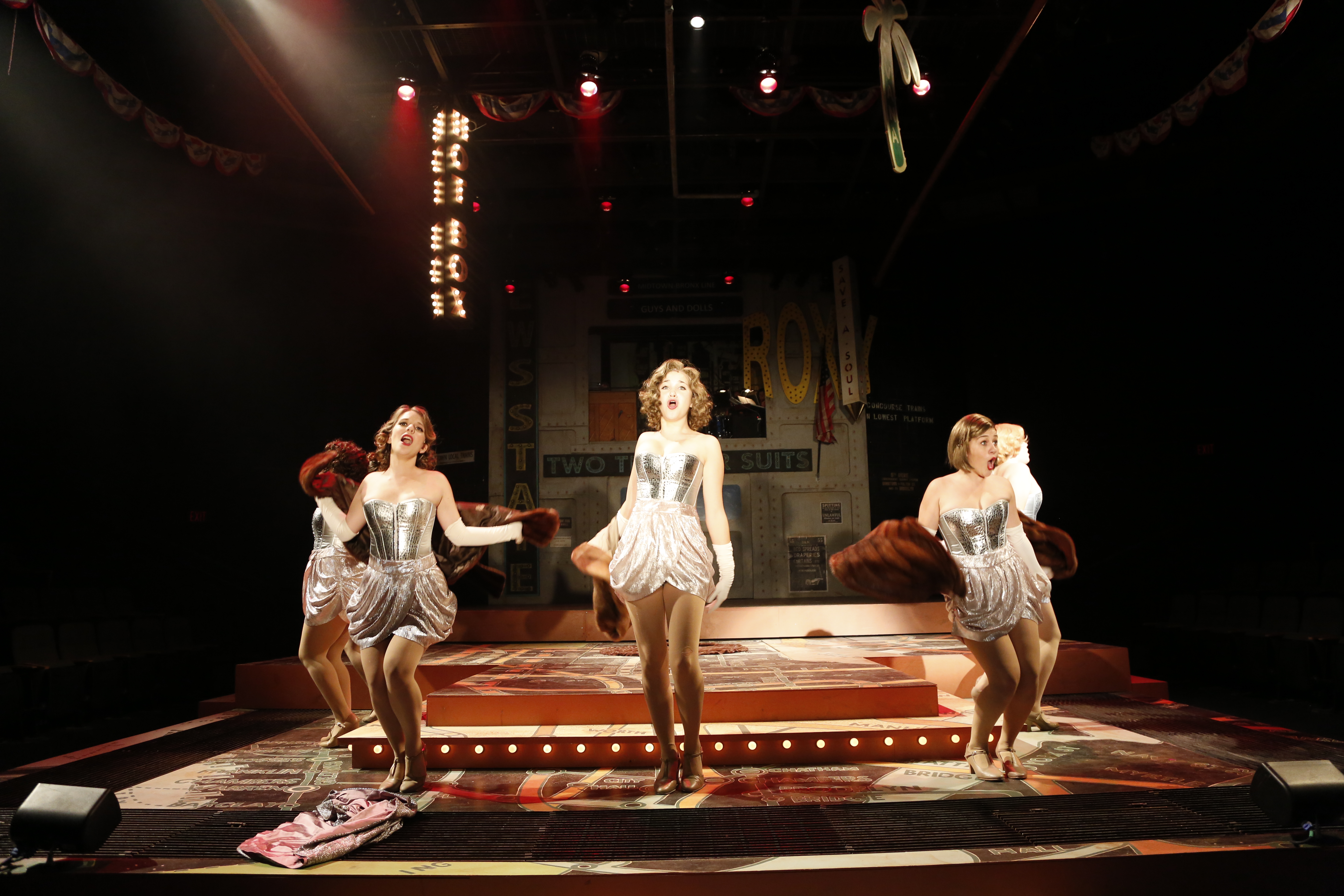 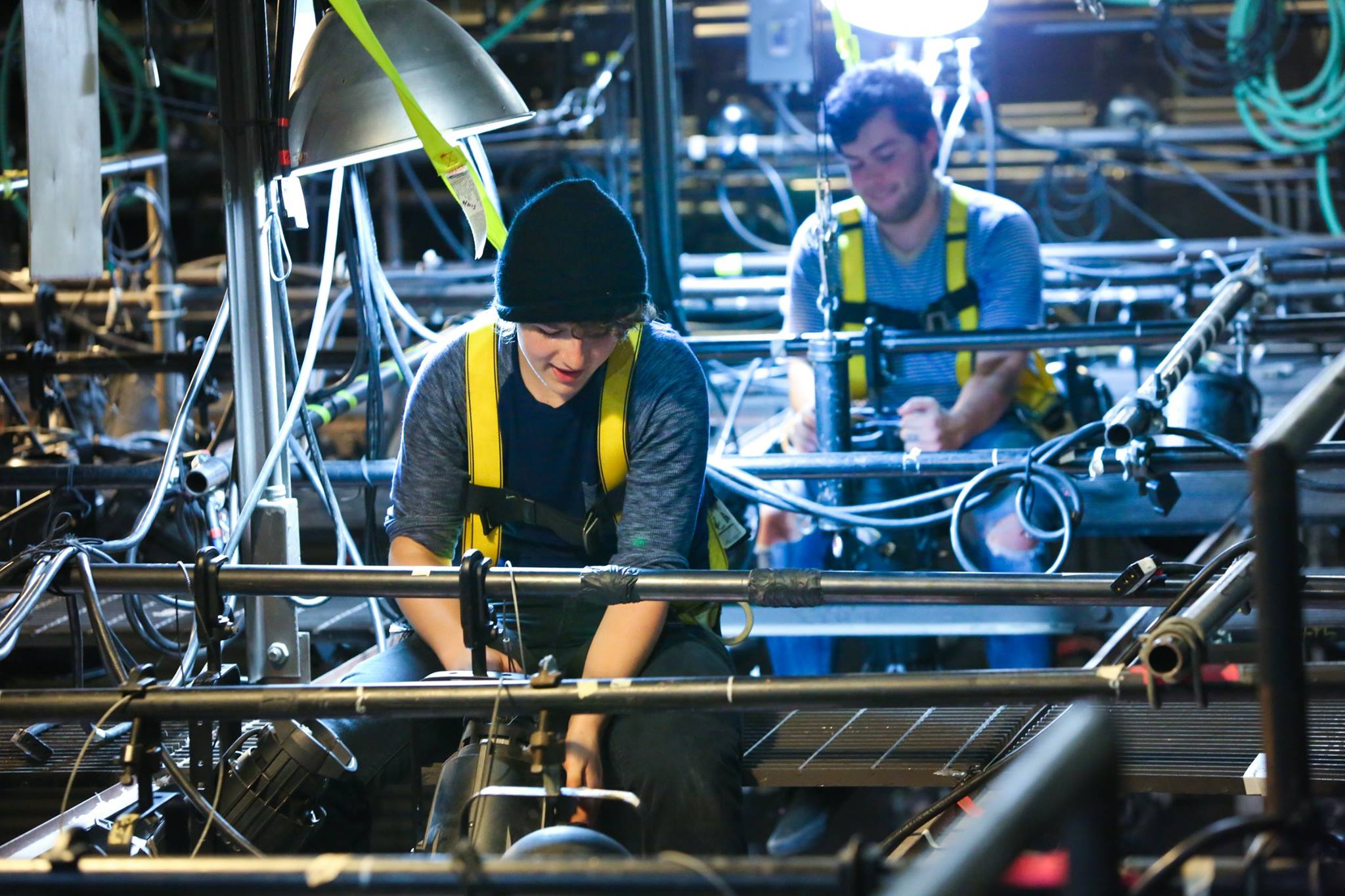 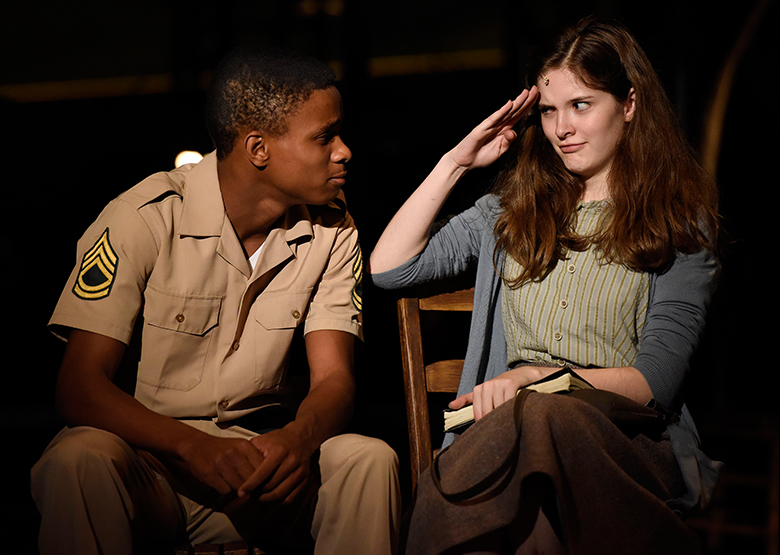 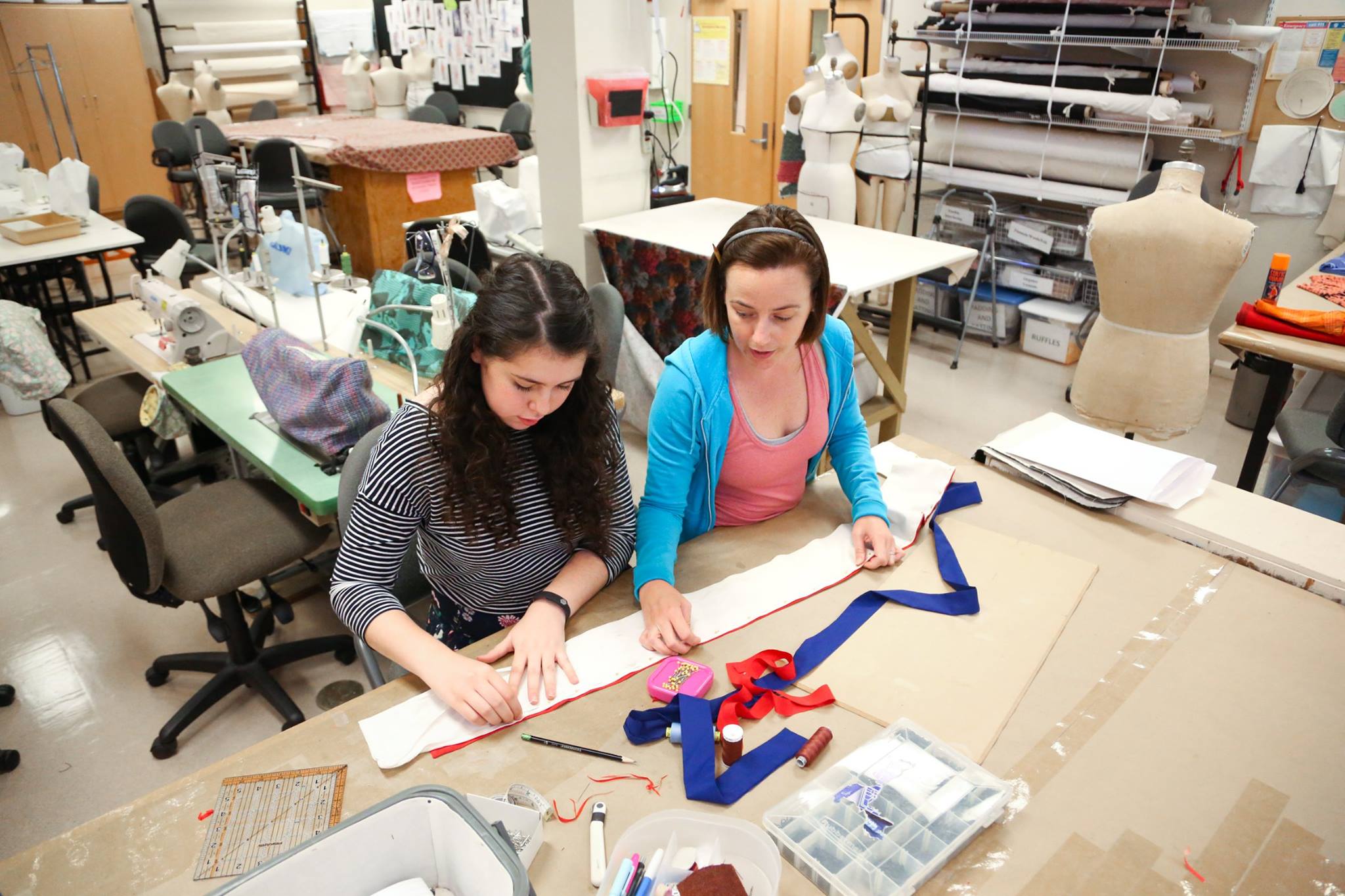 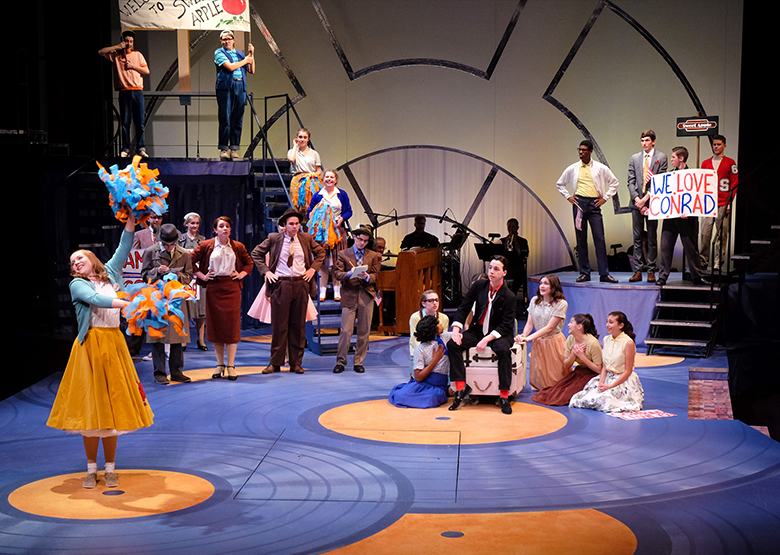 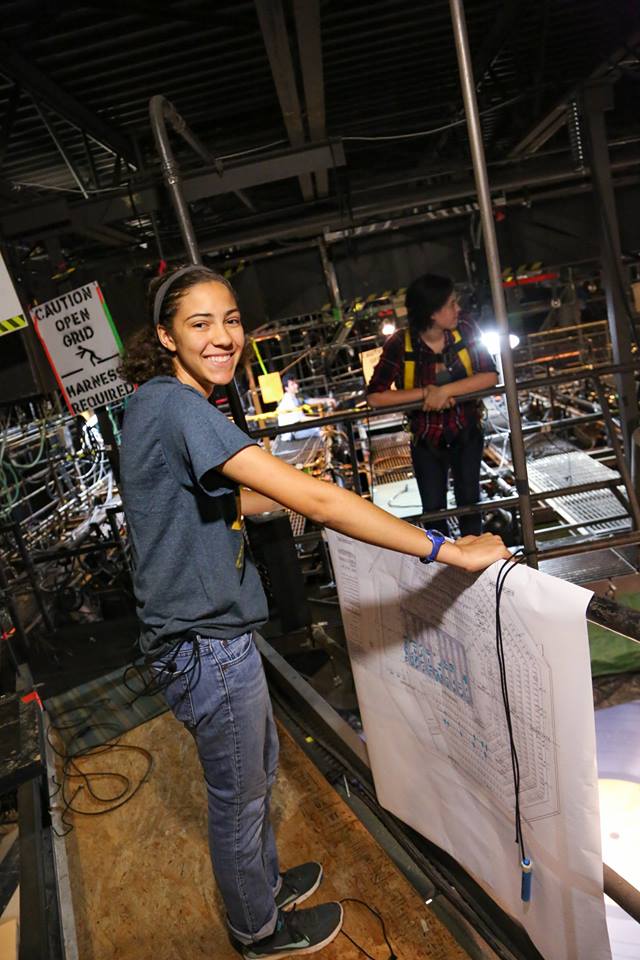 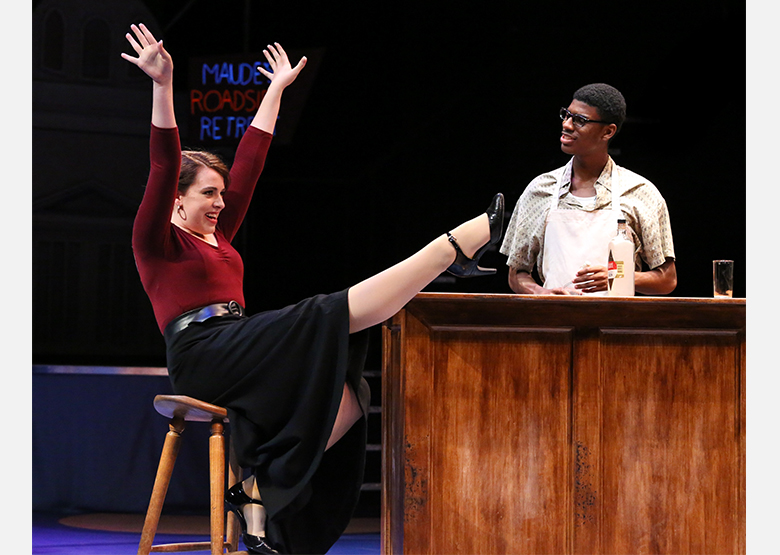 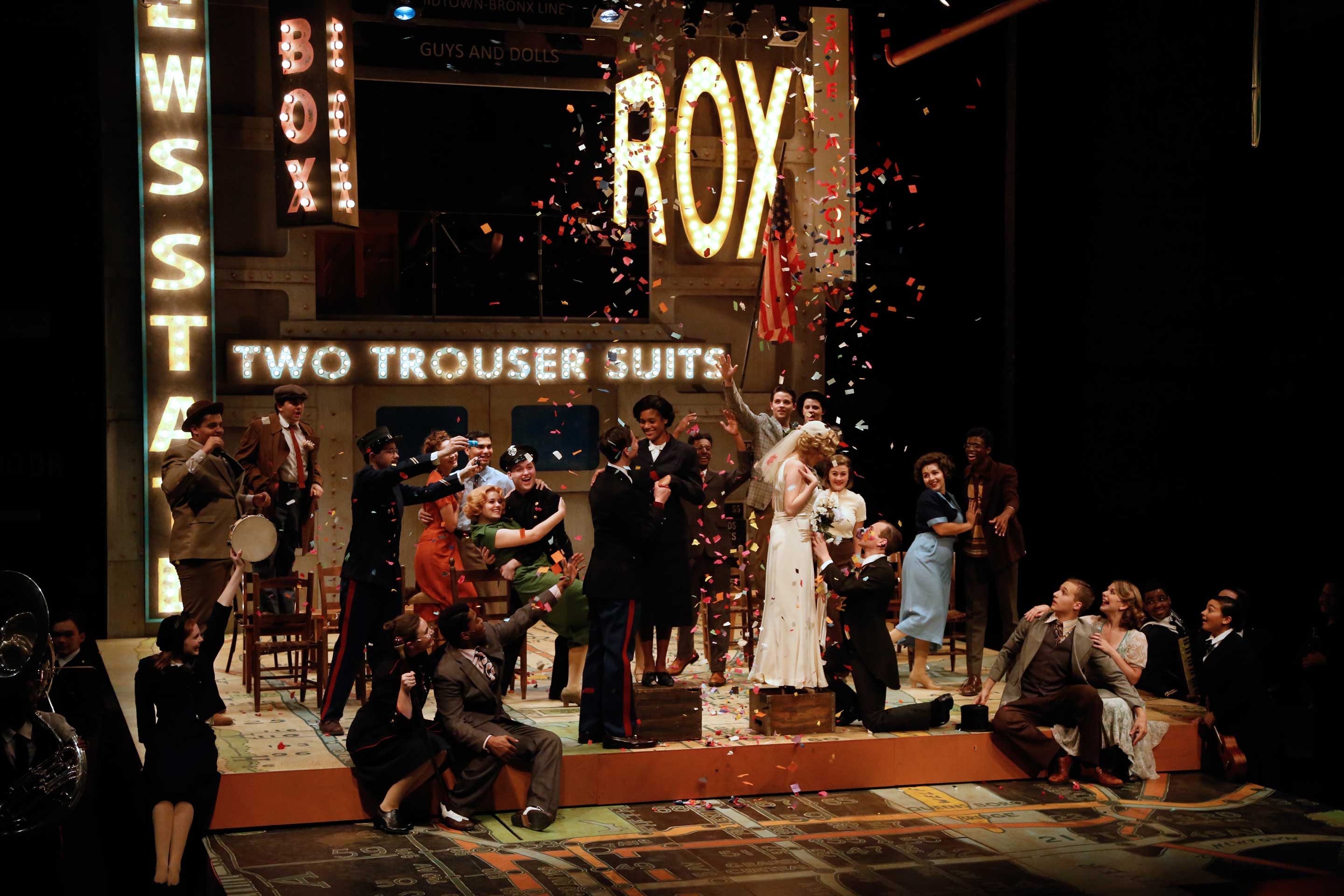