By Rachel Pollock, Costume Crafts Artisan
One of the first Cabaretprojects we began working on in the costume shop was figuring out how to create some of the fabrics themselves. Our costume designer, Jen Caprio, created some costume renderings which depicted several highly specific fabrics with prints we knew we would not be able to purchase.
For the “Money” number, the Kit Kat Girls and the Emcee have costumes made from matching fabrics, covered with images of the vastly devalued Deutschmarks. Paper money had become so worthless at the time, that there were bills in circulation at denominations like the 20,000DM note and the 5,000,000DM note.  Jen provided us with an array of images of this money, and we set to work.
Crafts Artisan Candy McClernan is heading up the surface design effects on this show, and she created a digital textile print design of a seamless repeat using the scattered Deutschmarks. Her print art looks like this: 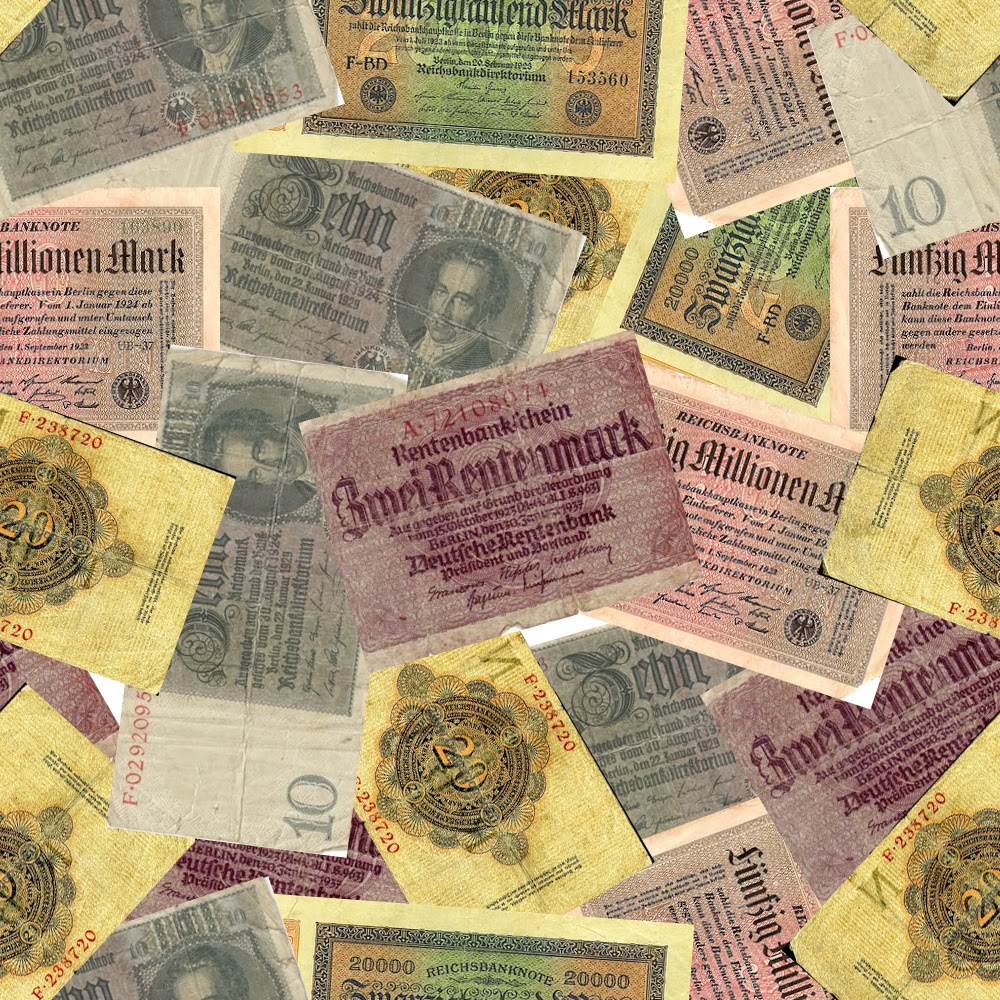 Then we used local custom fabric printers Spoonflower to order yardage of the fabric for the costumes—silk for the women’s skirts and sturdy cotton twill for the Emcee’s jodhpurs. You can see the fabric online at Spoonflower here. 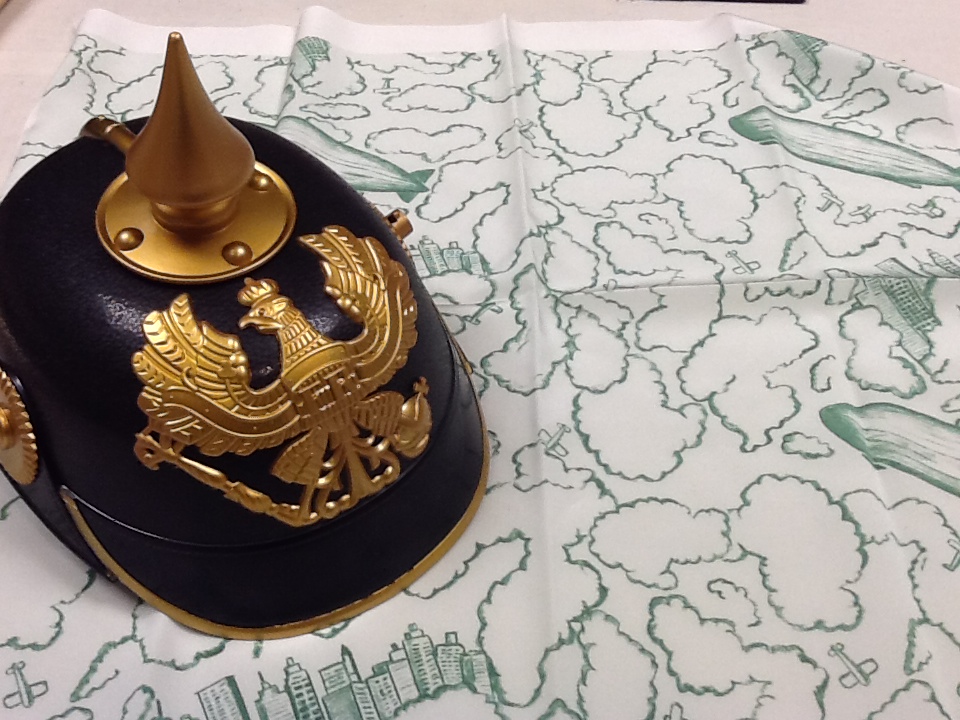 For one of Sally’s dresses, Jen found a wonderful research image of a woman wearing a dress made in a fabric printed with giant zeppelins. Candy used a combination of digital manipulation and drawing by hand to create a printable version of the zeppelin artwork, and again we used Spoonflower’s digital fabric printing technology to make the fabric for this outstanding dress.
Of course, we began all of this several weeks before the actors arrived since in order to digitally print fabric you have to allow extra time for the production of it, unlike fabric you can impulse-buy from a store like Mulberry Silks. The fabrics arrived the day after the actors did, so our drapers in the costume shop would have everything they needed to begin work on the patterning and sewing of the costumes!
View all Posts