Twelfth Night was written over 400 years ago, making it sometimes difficult for modern audiences to connect to his comedy. One way that director Jerry Ruiz decided to overcome this was by setting it in a mid-20th century Mediterranean resort, complete with rich socialites and their first world problems—like a butler who’s gotten too big for his britches. In making Shakespeare accessible, specificity is key. “The body of work of lifestyle photographer Slim Aarons proved a huge inspiration in creating the world of our production. The set—which serves primarily as the Countess Olivia’s glamorous mansion—is inspired by some of the photos we looked at during our research,” said Jerry.

Costume designer Anne Kennedy was the one who introduced the creative team to Aarons’ photography. “When Jerry presented this idea of mid-century, decedent, lush living, I pretty quickly went into my mental Rolodex and found Slim Aarons,” she said. “He was a high society photographer who did a lot of work in the ’50s, ’60s, ’70s and he moved in the worlds of Newport Beach or Italy’s Amalfi Coast or Monte Carlo or wherever as a photographer.” Setting Twelfth Night in the 1950s becomes a way to bring The Bard out of the Elizabethan era into something not so far removed. 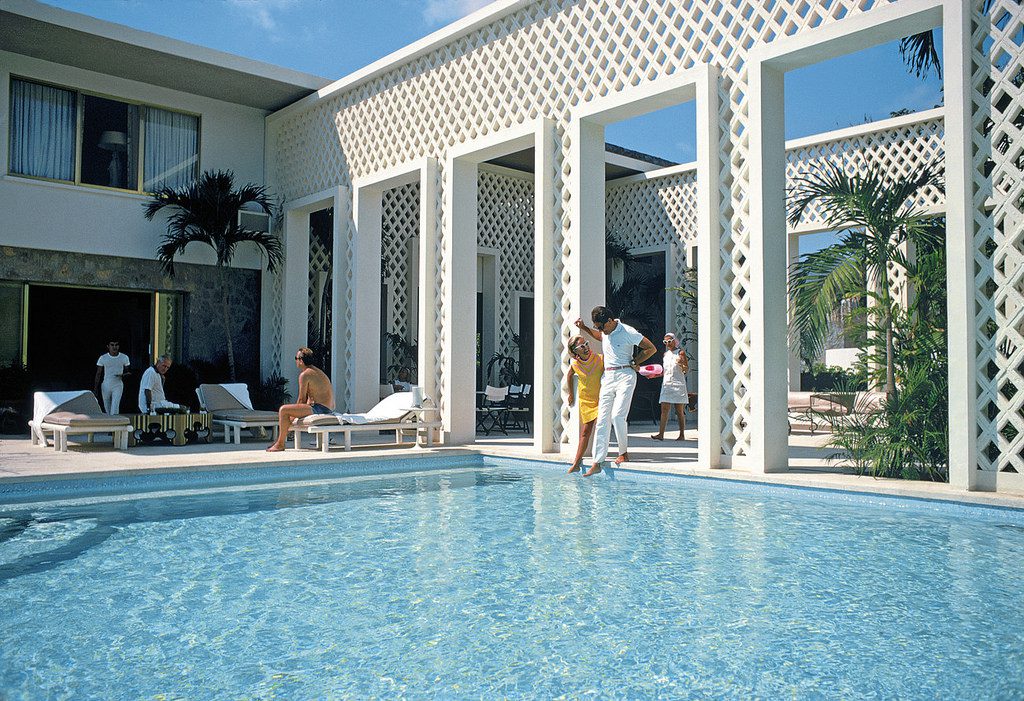 One of the other challenges of mounting a Shakespeare production is also its greatest asset: language. Though many theatre artists consider it the best English has to offer, it can sometimes sound like a foreign language to modern ears. “With Shakespeare you always have to start by grappling with the text,” says Jerry. “You have to make sure you really understand the characters, the narrative, and the themes that are in the play.” And from there, everything else follows.

“If the actors really understand what they’re saying—the intention behind it—then the audience will, too. Even if they don’t understand every word and sentence, they will understand psychologically and emotionally what’s going on with the characters in the scene.”
Jerry Ruiz, director

But that has a flip side, too. “The audience will know right away, ‘Oh that actor has no idea what they’re saying right now.'” Much of early rehearsals are spent teasing the meaning of the text out of the actors to ensure everyone in the room is on the same page.

Jack Herrick, the productions composer, also notes the importance of the poetry of the words. Twelfth Night is easily one of the most musical Shakespearean comedies, but when Jerry first presented the idea of using bossanova music throughout, Jack was worried that it wouldn’t work. “Usually my Shakespeare songs are much more text-driven,” he said. “But for ‘Oh Mistress Mine,’ the lyrics fall so beautifully into the dreamy bossanova head space, with this underlying sharp intelligence. It’s exciting work.”