Skip to the content
As promised, director Tom Quaintance has provided today’s blog post. Rehearsals got underway today as well, so check back later in the week for photos of the presentations and table read. 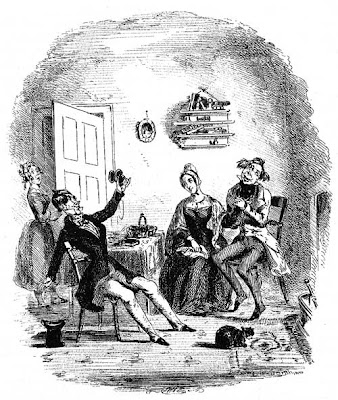 And there was so much to be done,

And so little time to do it in.

I don’t get sick often, but as soon as I got the update “Joseph Haj is sick. and in bed. and dismayed at the timing” I came down with a nasty bug of my own – perhaps transmitted through Facebook Scrabble.

The good news is I believe we will both be better by Tuesday’s first rehearsal.  Better now than then, though the plane ride in was no fun.  After I landed I googled “horrible sinus pain cold airplane” and found this link, which described my feeling while descending into the Raleigh-Durham airport with great accuracy: http://www.flyertalk.com/forum/travelbuzz/642446-sinus-pain-more-like-icepick-my-head.html.

Today I saw Opus, playing for the next week at the Paul Green Theatre. The show featured five resident company members all of whom will act in Nicholas Nickleby.  It is a terrific show and a great lead in for our production, as it too is an exercise in company.  The play is about a string quartet that has been together for years, and even the newcomer to the group fits in immediately, as if she has a history with them based on their common love for music and playing style.  The show did not just feature splendid acting–all five actors were in the same play.

This feat may sound elementary, but it is, I believe, exceptionally difficult to accomplish.  I have seen countless plays where one actor was in a farce, one in a kitchen sink drama, another in a sitcom and yet another in a Telemundo telenovela.  When Joe and I were in New York this summer we saw Théâtre du Soleil’s spectacular two part, seven hour play Les Éphémères at the Lincoln Center Festival.   (The length and structure of the evening was not lost on us in relation to our task of bringing Nic Nick to life.)  Director Ariane Mnouchkine’s work is theatrical, beautifully staged and deeply moving.  Her most striking accomplishment, to me, is the sense of company imbued in her actors.  They clearly work together, live together and love each other, all of which results in an intuitive sense of play and an astonishing consistency of style. In short: perhaps the biggest job of the director is to get everyone in the same play.

Given the huge amount of text we have to rehearse this is a particularly daunting task.  Putting together the jigsaw puzzle that is the rehearsal schedule is unlike anything I have done in my career.  On Tuesday, October 13th from 2:30-3:10 we rehearse 1.1.9A (that’s Part One, Act One, Scene Nine A – “Dotheboy’s Hall Intro” – a tricky piece of staging where Nicholas and Squeers enter Dotheboy’s and meet Smike for the first time.  At the same time 1.1.14 will be rehearsing in another room.  At the end of the day we run both scenes in context so that everyone can be on the same page as to what’s going on in both rooms.  This run will be our standard practice for the first three weeks of rehearsal.  When we finish staging Part One (on Saturday, October 17th, if we stick to the schedule) we’ll run that whole section again with the entirety of Part One.  We might not see either scene again until tech.

There is so much to be done.  And there is so little time to do it in.  But we are ready.  This is why we all do what we do – for the opportunity to tackle this kind of challenge.  I feel like a kid waiting for Christmas morning, poised at the top of the stairs, ready to race down to see what’s under the tree.