In Sonny Kelly’s one-person show, the playwright, performer, and dad finds that the information his son needs to survive has radically expanded. And it’s up to him to give THE TALK. A virtuosic one-man show about the difficult conversation a father must have with his son in a racially-divided America.

Done watching? Got questions? Join us for Virtually, Viv this Friday at 7:30pm!

Many white Americans didn’t know “the talk” existed until Eric Holder mentioned it in a 2013 NAACP speech. The then-Attorney General talked about sitting his own fifteen-year-old son down, after the death of Trayvon Martin, for a conversation that would increase his odds of survival if he were ever stopped by the police. “This was a father-son tradition I hoped would not need to be handed down,” Holder said. “But as a father who loves his son and who is more knowing in the ways of the world, I had to do this to protect my boy.” In Sonny Kelly’s new one-person show, a co-production of Bulldog Ensemble Theater and StreetSigns Center for Literature and Performance, the playwright, performer, and dad finds that the information his son needs to survive has radically expanded. It includes the historical, cultural, theoretical, and autobiographical contexts that ground the identity of a person who might otherwise be reduced to a screen on which prejudices, fears, and hatreds are projected. After a three-week run at The Fruit in January 2019, the show closed with a week at Historic Playmakers Theatre in Chapel Hill. 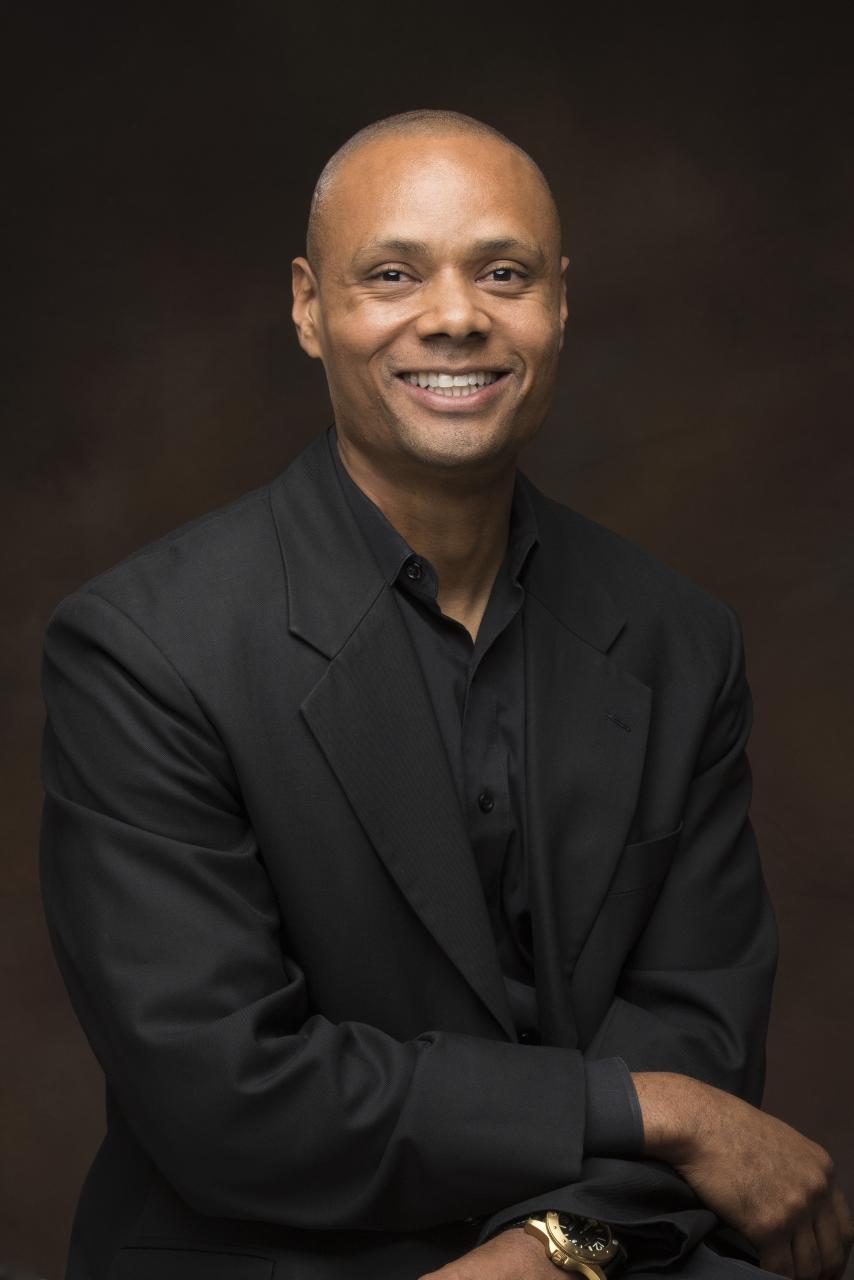 Dr. Sonny Kelly is a master of storytelling, acting, Shakespeare, theater arts, poetry, spoken word, group facilitation, interpersonal communication, performance studies, training and teaching. He captures the attention and imaginations of audiences of all ages with the power of words. Whether he is speaking English or Spanish, this artist knows how to use humor, energy, drama and intellect to engage all crowds, both large and small. With over 20 years of experience as a professional actor, over a decade of youth work, and a Master’s Degree in Communication Studies, this artist knows the smart way to tap into the minds of students and workers of all ages. ↑