ELYOT: I think I mentioned once before that I have only had three minute liqueur glasses of brandy the whole evening long. A child of two couldn’t get drunk on that.

When Private Lives was written by Noel Coward in 1930, you could not legally drink in the United States, in fact, you would have to wait three more long years for Prohibition to be repealed. But, if you headed over to London, you could get served at the Savoy by none other than Harry Craddock.

After reportedly serving the last legal cocktail in New York in 1920, he sailed for England and spent the next 20 years shaking and stirring masterpieces at the Savoy. In 1930, his famous mixing manual The Savoy Cocktail Book was published. It contained about 750 recipes ranging from slings to fizzes, and its beautiful art deco illustrations captured the elegant sophistication of the era. It also contained the recipe for Craddock’s infamous Corpse Reviver #2.

Shake equal parts gin, lemon juice, Lillet and Cointreau, and a dash of absinthe. Then strain into a cocktail coupe. Craddock dryly notes “Four of these taken in swift succession will unrevive the corpse again.” 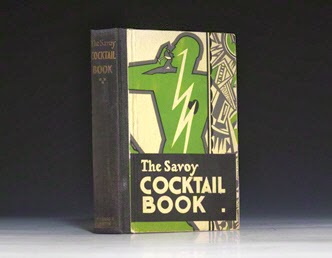