by “a secret source within the rehearsal hall”

What’s it like being an actor in The Henrys? A little like being on the march to Agincourt. Hurry-up-and-wait… Stay focused for hours on end… give your captain your full respect and attention. 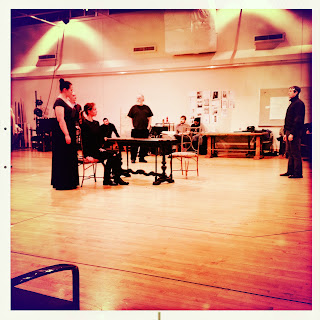 Tonight we finished up our work in the rehearsal hall with our first full run throughs of both plays, Henry IVand Henry V. It’s a very satisfying sort of tired. Tomorrow we move into tech in the theatre (and so begins a weekend of 10 out of 12s).

What I have learned in the past 5 weeks: 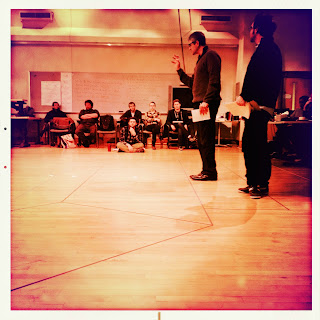 What should the audience watch for in The Henrys? Something struck me about three weeks into rehearsal. In one particular rehearsal I was living with Falstaff and Hal. These characters only exist as theatrical creations, and after years of reading them / reading about them, there they were, in the flesh. It was a magical moment; one that can only be experienced when you have really good actors doing the work.  I can’t wait for audiences to reach this same point of realization, as I am sure they will with all elements of The Henrys.

I come from Eastcheap