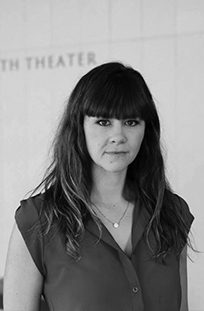 She is an alumni of the CTG Writers Group, Primary Stages writes group, Ars Nova Play Group, The Playwright’s Realm, and the Women’s Project Lab. She is currently a member of the Echo Theater’s Playwright’s group.

She has previously written for MTV (Underemployed; I Just want my Pants Back) and ABC Family’s Switched at Birth. She is currently writing for the Starz series American Gods and NBC’s Emmy-nominated This is Us, for which she is also a Co-Producer.

Education: B.A. from UNC Chapel Hill; M.F.A. in Dramatic Writing from the New School for Drama.

Check out her blog called “I care deeply…” at blog.bekahbrunstetter.com.