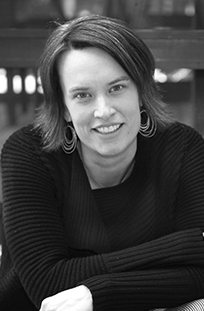 Deborah Salem Smith grew up in Charlotte, North Carolina. She is now the playwright-in-residence at Trinity Repertory Company in Providence, Rhode Island. Love Alone premiered at Trinity Rep and received an Edgerton Foundation New American Play Award as well as an Honorable Mention by the Jane Chambers Playwriting Award. It was also a finalist for the Independent Reviewers of New England (IRNE) Award for Best New Play of 2013. Smith’s previous honors include an Emerging American Artist Fulbright Fellowship for playwriting in Dublin, Ireland, where she worked with the Abbey Theatre, Ireland’s national theater. Her work has been recognized by a National Mellon Fellowship in the Humanities, a Bray Visiting Scholar/Creative Artists Fellowship at Alpert Medical School at Brown University, a MacDowell Fellowship, a Colby Fellowship, a Major Hopwood Award, as well as writing and visual arts prizes from the University of Michigan and Princeton University. Her other plays include Faithful Cheaters, Some Things Are Private, and Boots on the Ground.