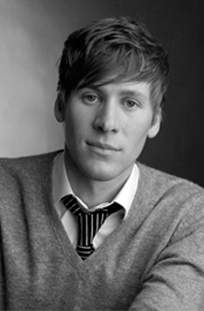 Dustin Lance Black is a screenwriter, producer, director and social activist, having won the Academy Award and two WGA Awards for Best Original Screenplay for MILK, the biopic of the late civil rights activist Harvey Milk starring Sean Penn. He is also a founding board members of the American Foundation for Equal Rights (AFER) which is leading the Federal Case against Prop 8 in CA with lawyers David Boise and Ted Olson.

An honors graduate of UCLA’s School of Film and Television, Black began his career as an art director and quickly transitioned to directing documentaries and commercials. Black’s documentaries ON THE BUS (2001) and MY LIFE WITH COUNT DRACULA (2003) debuted to acclaim and lead to a successful stint producing and directing TLC and BBC’s hit program FAKING IT, which received notices for its unflinching sociological commentaries.

Since winning the Oscar in 2009, Black has split his creative time in order to fight for LGBTQ equality at the Federal level. Beyond working with AFER, he is on the Board of the Trevor Project, a national LGBTQ youth suicide hotline. Black has also been on an international equal rights speaking tour, and was one of a handful of organizers of the LGBT March on Washington in October 2009 where he spoke to an audience of over 150,000 demonstrators in front of the Nation’s Capital.

Mr. Black has had three books published, has written for every major screenwriting magazine, contributes to The Daily Beast and The Huffington Post, topped the list of OUT Magazine’s 40 under 40, and has repeatedly been named one of the 50 most powerful LGBT people in America today.