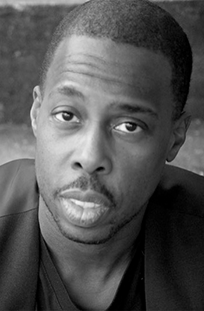 Other Credits: Songwriter/Poet/Screenwriter/Founding member of UNIVERSES. Gamal’s work has toured more than 25 US cities and 5 countries. Gamal is currently working on several projects for the screen: Red Moon, Joe Bloe and North Borough. He appeared on the cover of American Theater Magazine 2004 (with UNIVERSES); and Source Magazine 2000 (with UNIVERSES).