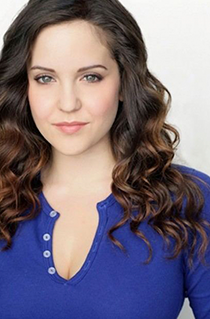 SHE LOVES ME: Ilona

Broadway: Bring It On: The Musical; Hands on a Hardbody; If/Then.

International: Maureen in Rent at the Edinburgh Fringe Festival 2015 in Scotland and 2017 in Aruba.

Education / Awards: BA in Cinematic Arts from USC with a double minor in musical theatre and philosophy. Winner of LA’s Next Great Stage Star 2010 as well as StageScene LA’s Breakout Star of the Year. Janet also works as a Voice Over artist for Wochit, an international media creator.