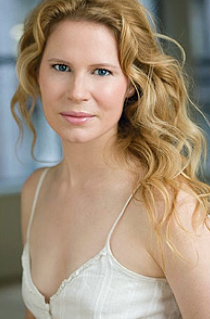 Jessica Dickey, a native of Pennsylvania, began her research on Amish culture in order to write her play The Amish Project, which was praised by audiences and critics alike during its Off-Broadway run at the prestigious Rattlestick Playwrights Theatre in New York City. The Amish Project is a fictional exploration of the tragic events of the Nickel Mines shooting, when the local milkman walked into an Amish schoolhouse and shot all the girls and then himself. The Amish responded to this crime by forgiving the gunman and embracing his family as fellow victims. Honoring the redemptive aspects of this incredible story, The Amish Project is published by Samuel French, continues to be produced all over America and the world, and was listed by nytheatre.com as a play that should have been nominated for the Pulitzer. The Amish Project won the CAPPIE Award for Best Play. Ms. Dickey has since gone on to write two more plays, Row After Row and Charles Ives Take Me Home, which was nominated for the prestigious Susan Blackburn Prize. She was also nominated for the PONY Award in 2011. Ms. Dickey is also an actor; her work can be found on both stage and screen.