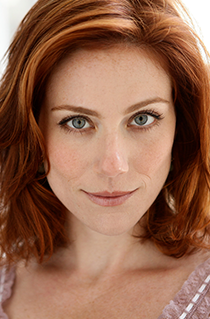 Jessie Austrian is a theater-maker, educator, activist and parent thrilled to be making her Playmakers’ debut. She is one of the co-artistic directors and founders of NYC’s Fiasco Theater. As a director: Fiasco’s The Two Gentlemen of Verona (Helen Hayes nominee for Best Direction) at The Folger Theater and Theatre For A New Audience; The Imaginary Invalid at The Old Globe. As an actress she has appeared Off- and on Broadway, at regional theaters across the country, in London and occasionally on your TV screen if you didn’t blink.

Upcoming: Fiasco’s Merrily We Roll Along at Roundabout. Adjunct faculty at NYU’s Gallatin School. Proud graduate of Brown and the Brown/Trinity MFA Acting Program. Many thanks to Viv and everyone at PlayMakers, and especially to her family, Noah and Asher, who, like Robin Hood, give her the hope and strength to try to make this world a better and fairer place each and every day.