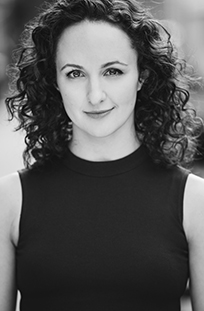 Kate Hamill is an actor and playwright who received her training at New York’s Ithaca College and
Manhattan’s Circle in the Square Theatre School. Her adaptation of Sense and Sensibility premiered in New York City in 2014, produced by the theatre company Bedlam. Hamill also originated the role of Marianne Dashwood, and the production was remounted in 2016. Hamill’s work was named the Best Unique Theatrical Experience of 2016 by the Off-Broadway Alliance, was a nominee for a Drama League Award for Best Revival, and, among other honors and prizes, included in Top Ten Theatre lists by The New York Times, The Huffington Post, Forbes Magazine, and the New York Post. Sense and Sensibility additionally garnered a Broadway World Best Play award for the Guthrie Theatre production, as well as the Helen Hayes Best Play Award at Washington’s Folger Theatre. Hamill’s other plays include Emma the Red (2012), The Little Fellow, or: The Prostitute Play (2013), In the Mines (a folk musical) (2014), and her newest adaptation of William Thackeray’s Vanity Fair in which she again did double-duty, playing its protagonist Becky Sharp (2015).