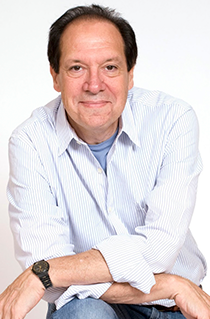 Ken Ludwig is a two-time Olivier Award-winning playwright whose work is performed throughout the world in more than thirty countries in over twenty languages. He has written twenty-six plays and musicals, with six Broadway productions and seven in London’s West End. His first Broadway play, Lend Me A Tenor, won two Tony Awards and was called “one of the classic comedies of the 20th century” by The Washington Post. He has received commissions from the Royal Shakespeare Company, The Old Globe and the Bristol Old Vic, and he is a Sallie B. Goodman Fellow of the McCarter Theatre in Princeton. His awards include the Charles MacArthur Award, the Helen Hayes Award, the 2017 Samuel French Award for Sustained Excellence in the American Theatre, the SETC Distinguished Career Award, the Edgar Award for Best Mystery of the Year, and the Edwin Forrest Award for Contributions to the American Theater. His book How To Teach Your Children Shakespeare, published by Penguin/Random House, won the Falstaff Award for Best Shakespeare Book of the Year, and his essays are published by the Yale Review. His plays and musicals include Crazy For You (5 years on Broadway, Tony and Olivier Awards for Best Musical), Moon Over Buffalo (Broadway and West End, starring Carol Burnett, Lynn Redgrave and Joan Collins), The Adventures of Tom Sawyer (Broadway starring Kristen Bell), Treasure Island (West End), Twentieth Century (Broadway starring Alec Baldwin), Leading Ladies, The Game’s Afoot, A Fox on the Fairway, The Beaux’ Stratagem, Baskerville, A Comedy of Tenors, Sherwood and his adaptation of Agatha Christie’s Murder on the Orient Express, written expressly at the request of the Agatha Christie Estate. His newest play, The Gods of Comedy, will premiere at The McCarter Theater in Princeton and The Old Globe Theatre in San Diego in the spring of 2019. He holds degrees from Harvard and Cambridge Universities. His plays and musicals are produced somewhere in the United States and abroad every night of the year. See www.kenludwig.com