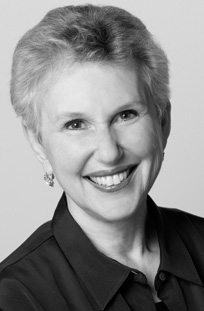 Libby has directed in theatres throughout the country doing over 30 productions of Shakespeare’s plays and all of Chekhov’s. She recently completed new translations of Ivanov, The Seagull, Uncle Vanya, Three Sisters and The Cherry Orchard for the new book Five Chekhov Plays. She is the author of Mask Characterization: An Acting Process and co-created and produced the video Inter/Face: The Actor and The Mask. She co-created the plays Shakespeare’s Women and Shakespeare’s Lovers. Libby is profiled in the documentary Meeting With Chekhov.

Libby has honorary doctorates from Southern Oregon University, University of Portland and Willamette University. She has an MA from Northwestern University and a BA from Michigan (Phi Beta Kappa). She is the recipient of the Stephen and Christine Schwarzman Award for Excellence (Lifetime Achievement in Theater) from the Kennedy Center.