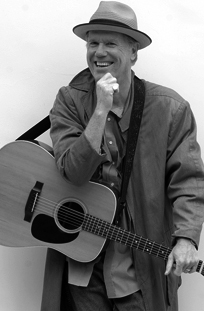 High Wide & Handsome named among the year’s best per Village Voice, No Depression, FolkWax and fRoots

‘Mr. Wainwright has proved to be far and away the most candid diarist among the singer-songwriters who… brought confessional poetry into popular song… Mr. Wainwright wrings more human truth out of his contradiction than any other songwriter of his generation.’ – New York Times, Stephen Holden

Television acting credits include: Parks and Recreation (with Amy Poehler); Undeclared (with Seth Rogen & writer/producer Judd Apatow); Grounded for Life; Ally McBeal; The T.V. Show (with Rob Reiner, Christopher Guest, Harry Shearer, Michael McKean, Billy Crystal) where he played keyboard with the early Spinal Tap, which made its first appearance on this program; a recurring role on M*A*S*H and a role as the original musician/sidekick on The David Letterman Show.