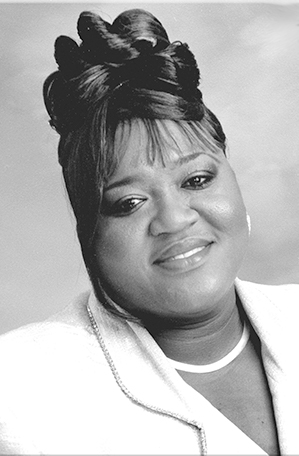 With a voice reminiscent of Mahalia Jackson, her dynamic vocals soothe troubled minds and lift the heavy hearts of those who witness her awesome performances. Powerhouse psalmist Mary D. Williams is truly that – “power in the house”. A native of Raleigh, NC, Mary is no stranger to the gospel scene. She has been ministering solo at local churches, festivals and various events for many years, developing a strong following from performances with such artists
as Bobby Jones, Sister Cantaloupe, Lee Williams & the Spiritual QC’s, Luther Barnes, Keith “Wonder Boy” Johnson, as well as appearances on the Trinity
Broadcasting Network (TBN).

Other performances include ministering at the National Council of Negro Women, Inc. in Washington, DC, the Walnut Creek Amphitheater in Raleigh, NC, Duke University Chapel, Bobby Jones Gospel Recording Retreat in Las Vegas, traveling with Duke Divinity Professor Dr. Timothy Tyson and the United Methodist Western Conference. She received Female Vocalist of the Year at the NC Gospel Announcers Guild’s Prestige Awards ceremony. Mary keeps herself very busy ministering the word of God throughout the eastern half of the United States. She is a specialist in ministering to women who are struggling with marital challenges.

Mary D. Williams is not only an anointed psalmist, she is a devoted wife and a loving mother of three young men. Mary is also in the process of writing her first novel and owns her own women’s apparel business, Mrs. WMS Accessories.