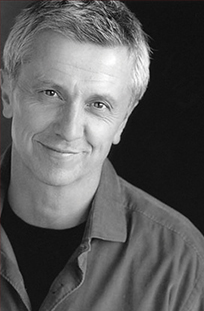 PlayMakers: Dr. Stockmann in An Enemy of the People.

Regional: Actor’s Theater of Louisville in A Streetcar Named Desire, The Old Globe of San Diego in Lost Highway: The Life and Times of Hank Williams and Williamstown Theater Festival in Tennessee Williams: A Celebration, Enemies and Room Service.

Film: He’s enjoyed supporting roles in Recount for HBO, Big Fat Liar, I Still Know What You Did Last Summer and most recently, This Is Where I Leave You featuring Jane Fonda and Jason Bateman.

Television: Recurring roles on ER, 24, C.S.I. and Prison Break as well as guest starring roles on such shows as Breaking Bad, The West Wing, Boston Legal, Cold Case, Bones, and many more. He will be seen in several episodes of the upcoming 3rd season of Orange is the New Black.