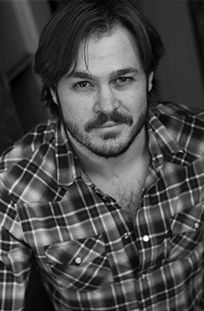 Mitch is excited to be a part of Peter and the Starcatcher as Black Stache, and to be in Chapel Hill during college basketball season. He is best known for creating the role of Lonny the narrator of Rock of Ages and as the Keystone Light pitch man Keith Stone. Some of his theatre credits include The Threepenny Opera (Macheath), The UnCivil War (General Grant), The Rocky Horror Show (Frank), The Full Monty (Jerry), The Toxic Avenger (White Dude), Sweeney Todd (Tobias), The Secret Garden (Dickon) and West Side Story (Tony). You can see him in a few indie films, a few TV guest spots, and on the show he co-created, It Could Be Worse, currently streaming on HULU. @mitchjarvisNYC on Twitter.