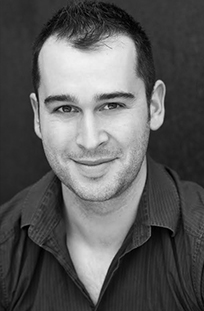 Nick Curnow is a visiting voice and dialect coach from Sydney, Australia. He graduated from Theatre Nepean (UWS) (2002), University of New England (2006), and NIDA (2007). As a dialect specialist he has coached productions for some of Sydney’s major theatre companies including Company B, Opera Australia and the Ensemble Theatre, as well as Darlinghurst Theatre Company, Red Line and the New Theatre.