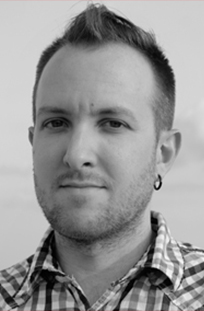 Education: Nicholas Hussong is a third year MFA candidate in Design at the Yale School of Drama, concentrating in Projection Design.

Credits: While at Yale, Nicholas served as Associate Artistic Director of the Yale Cabaret’s 45th anniversary season. Last year, he designed projections for Sunday in the Park with George, two new songs for The Baseball Music Project, Palmer Hefferan’s Forming the Year’s First Sky, and collaborated with Lauren Dubowski, Cole Lewis and Masha Tsimring, creating a new piece, Ain’t Gonna Make It. Also at Yale, he designed projections for Shakespeare’s Julius Caesar and collaborated on Basement Hades. Before arriving at Yale, Nicholas served as Artistic Associate of Design at Triad Stage, where his sixteen credits include The Illusion, The Glass Menagerie, Providence Gap and The America Play. He is beginning work on These Paper Bullets at Yale Repertory Theatre.