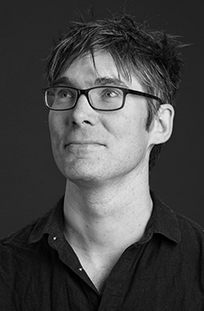 PlayMakers: As You Like It, The Year of Magical Thinking.

Peter Ksander is a scenographer and media artist whose stage design work has been presented both nationally and internationaly.

Recent credits include: The People’s Republic of Valerie, The Deception Unit, Texts and Beheadings, Procedures for Saying No and a production of The Merchant of Venice on location in the city of Venice.

In 2006 he joined the curatorial board of the Ontological-Hysteric Incubator. In 2008 he won an Obie award for the scenic design of Untitled Mars (this title may change), and in 2014 he won a Bessie award for the visual design of This Was the End. He holds a MFA from the California Institute of the Arts, is an Associate Professor at Reed College and is an associate company member with the Portland Experimental Theatre Ensemble.