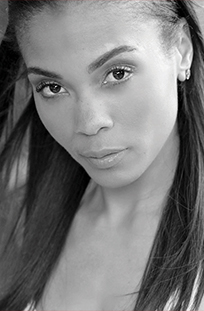 Suzette Azariah Gunn has a BFA from Howard University and Certification from the British Academy of Drama. She was recently seen in Trouble in Mind (PlayMakers) as Millie Davis and in Velvet Rope (Planet Connections Theatre Festivity, recipient Best Supporting Actress). Other credits include: