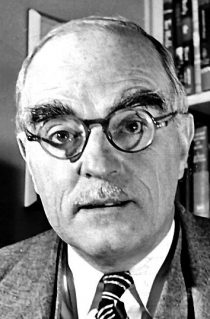 Thornton Wilder (1897-1975) was a novelist and playwright whose work celebrates the connection between the commonplace and the cosmic dimensions of human experience. He is the only writer to win Pulitzer Prizes for both drama and fiction: for his novel The Bridge of San Luis Rey, and two plays, Our Town and The Skin of Our Teeth. His other novels include The Cabala, The Woman of Andros, Heaven’s My Destination, The Ides of March, The Eighth Day and Theophilus North. His other major dramas include The Matchmaker (adapted as the musical Hello, Dolly!) and The Alcestiad. The Happy Journey to Trenton and Camden, Pullman Car Hiawatha and The Long Christmas Dinner are among his well-known shorter plays. He enjoyed enormous success as a translator, adaptor, actor, librettist and lecturer/teacher and his screenplay for Alfred Hitchcock’s Shadow of a Doubt remains a classic psycho-thriller to this day. Wilder’s many honors include the Gold Medal for Fiction from the American Academy of Arts and Letters and the Presidential Medal of Freedom. More information on Thornton Wilder and his family is available in Penelope Niven’s definitive biography, Thornton Wilder: A Life (2013) as well as on the Wilder Family website