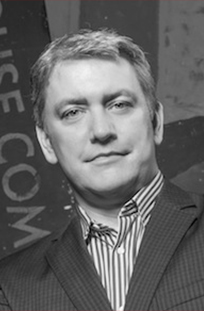 PlayMakers: An Enemy of the People.

Tom Quaintance is Artistic Director of Cape Fear Regional Theatre, where his directing credits include Spamalot, Sweeney Todd, Pride & Prejudice, A Midsummer Night’s Dream, Jesus Christ Superstar, Othello and Hairspray. An associate artist at PlayMakers, Tom is the recipient of the Charles and Shirley Weiss Distinguished Guest Artist Award. At PlayMakers, he has directed Shipwrecked! An Entertainment and The Little Prince, and co-directed Nicholas Nickleby with Joseph Haj. He also directed The Little Prince at the 2007 Edinburgh Fringe Festival. He directed productions of Sweeney Todd, Oliver, The Music Man, A Midsummer Night’s Dream and Drood for the PlayMakers Summer Youth Conservatory. Tom founded FreightTrain Shakespeare in Los Angeles, where he earned a Dramalogue Award for his direction of Pericles. Other Los Angeles credits range from King Lear to The Devil With Boobs. Tom is a graduate of Wesleyan University with a BA in Theatre and Economics, and the University of California, San Diego MFA directing program.