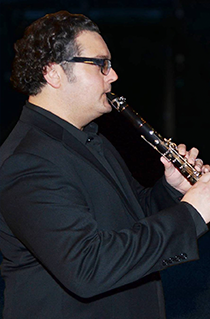 In addition to performing and teaching, Wayne is also a music coordinator and orchestra contractor. In 2008, he founded Leechford Entertainment, LLC. He has contracted musicians for national Broadway tours, international touring artists, regional theatre companies and more.

Wayne Leechford received his BM and MM degrees from the University of North Carolina School of the Arts where he studied with James Houlik and James Kalyn.