By Mike Donahue, director of Assassins 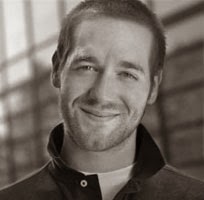 “In America, our dreams not only can come true, but should come true. And if they don’t, something or someone is to blame.” – John Weidman, librettist, Assassins

In the opening number of Assassins, a carnival proprietor invites eight people onto the stage to take their turn in the carnival’s shooting gallery. Hit the target, get the prize of your dreams. Only the guns he sells them—at a remarkably low price—are real. And the targets are US Presidents.

There have been over twenty attempts to assassinate sitting and former presidents; four of them have been successful. If you’re like me, when I first encountered this show, you know relatively little about most of them. John Wilkes Booth and Lee Harvey Oswald have entered the zeitgeist, but most of the others have been forgotten, dismissed as footnotes, or live on only as trivia.

Assassins is a dark musical comedy about a disparate group of misfits, all of whom have attempted to assassinate a president. Not exactly standard musical fare. So why spend an entire evening with these people? Why risk getting to know them, their stories, their vulnerabilities, their reasons for doing it? Surely they were crazy, dangerous, fringe, outsiders…right?

I grew up in St. Louis, living with my mom and grandparents in a house that had secret passageways and hidden rooms, where at age eight I would direct productions of A Christmas Carol and The Lion King starring my cousins and using my humidifier as a fog machine. I was lucky: my family was always supportive of my dream to be a director (and still is; my mother will visit me in Chapel Hill, eager to see the show and go back to Sunrise Biscuit Kitchen).

Throughout childhood, I was always told by my family and in school: you are special and you can be anything you want to be if you set your mind to it. It was a vital part of the American Dream. As I started to work on the show last summer, I suddenly realized I wasn’t as far away from the characters in Assassins as I had assumed. We shared a common understanding of what it meant to be an American.

For Sondheim and Weidman, these people aren’t outsiders, to be dismissed as crazy or unhinged. They are infinitely human, in all of their differing motivations and vulnerabilities.  And they are infinitely American, united by a shared sense of entitlement: they all buy into the idea that we as Americans have (as the opening number states) “a right to be happy” and “a right to our dreams.” So, when we’re not happy, when we don’t achieve those dreams…what then?

Assassins is outlandish, irreverent and immensely entertaining. It also holds up a mirror to one of the very foundations of our national identity. At one moment in the show, one of the assassins slyly notes that “when you have a gun – everybody pays attention.” If we do it right, there will be a surprising and vital reason for you to pay attention – and, we will definitely share some laughs along the way.

I hope you’ll join us in April to spend some time with our Assassins!