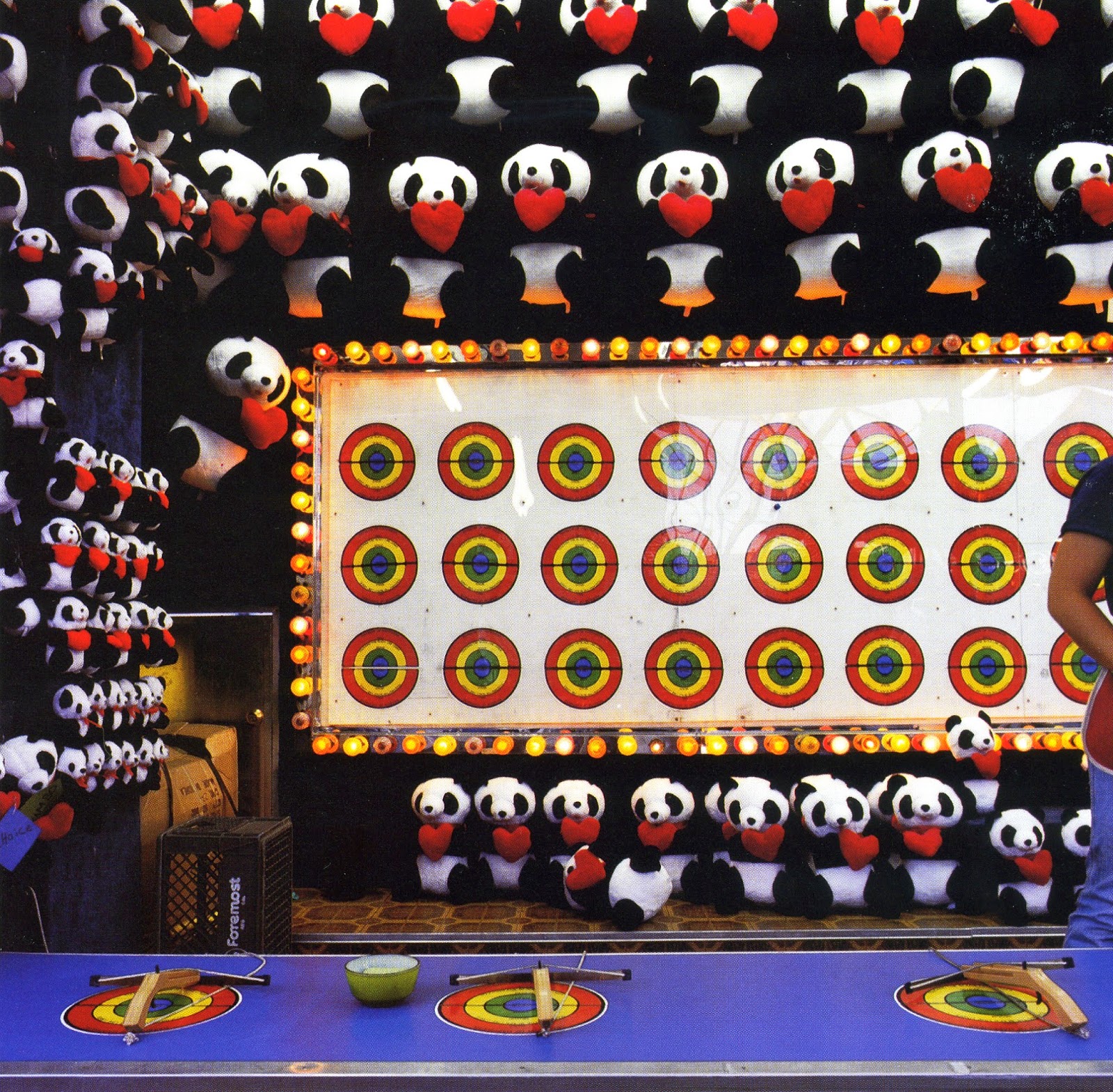 Over the course of a century, plays and musicals about the American presidency have fashioned a steady and diverse subgenre, ranging from the sincere (Abe Lincoln in Illinois, Sunrise at Campobello), to the satiric (Of Thee I Sing!, The Best Man), to the surreal (MacBird! or Nixon’s Nixon) and even the scatological (Will Ferrell’s You’re Welcome America: A Final Night with George W. Bushor the cult musical Bloody Bloody Andrew Jackson). Stephen Sondheim and John Weidman’s Assassins may be the first composition to embrace all four perspectives at once in a work that is poignant, penetrating, pluralist, perverse, surprisingly pleasurable, and deeply, unexpectedly patriotic. Their piece explores the symbolism of the nation’s highest office and its relationship to American beliefs from the fresh perspective of the outside in, with an approach to lyric theatre revealing decisive changes from the inside out.

Firepower to the People
One of the most prescient visitors to our expanding republic was the nineteenth-century French historian Alexis de Tocqueville, whose landmark reflections in Democracy in America contain sharp observations on the national character, asserting:
“In America I saw the freest, most enlightened men living in the happiest circumstances to be found anywhere in the world, yet it seemed to me that their features were habitually veiled by a sort of cloud. They struck me as grave and almost sad even in their pleasures. The principle reason for this is that the former do not think about the evils they endure, whereas the latter never stop thinking about the goods they do not possess.” 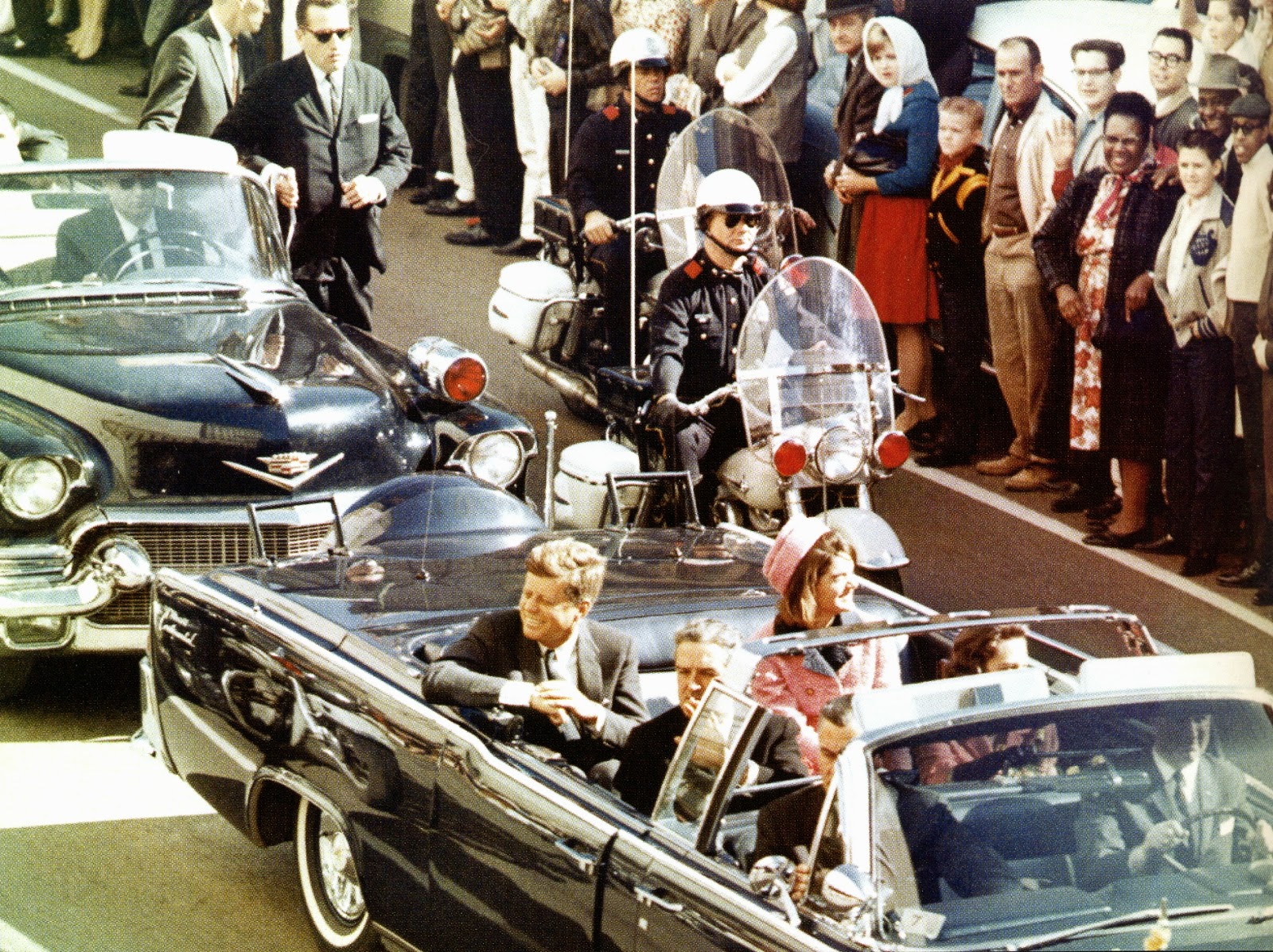 Tocqueville’s comments on the unintended alienation stalking the boundaries of the American Dream date from 1840. Flash-forward one hundred and fifty years, and we find echoes in playwright Arthur Miller, poetically accounting for the continued resonance of his classic tragedy Death of a Salesman on the occasion of its 50th anniversary, maintaining of that play’s family, the Lomans: “they exist in a spot that probably most Americans feel they inhabit—on the sidewalk side of the glass looking in at a well-lighted place.” 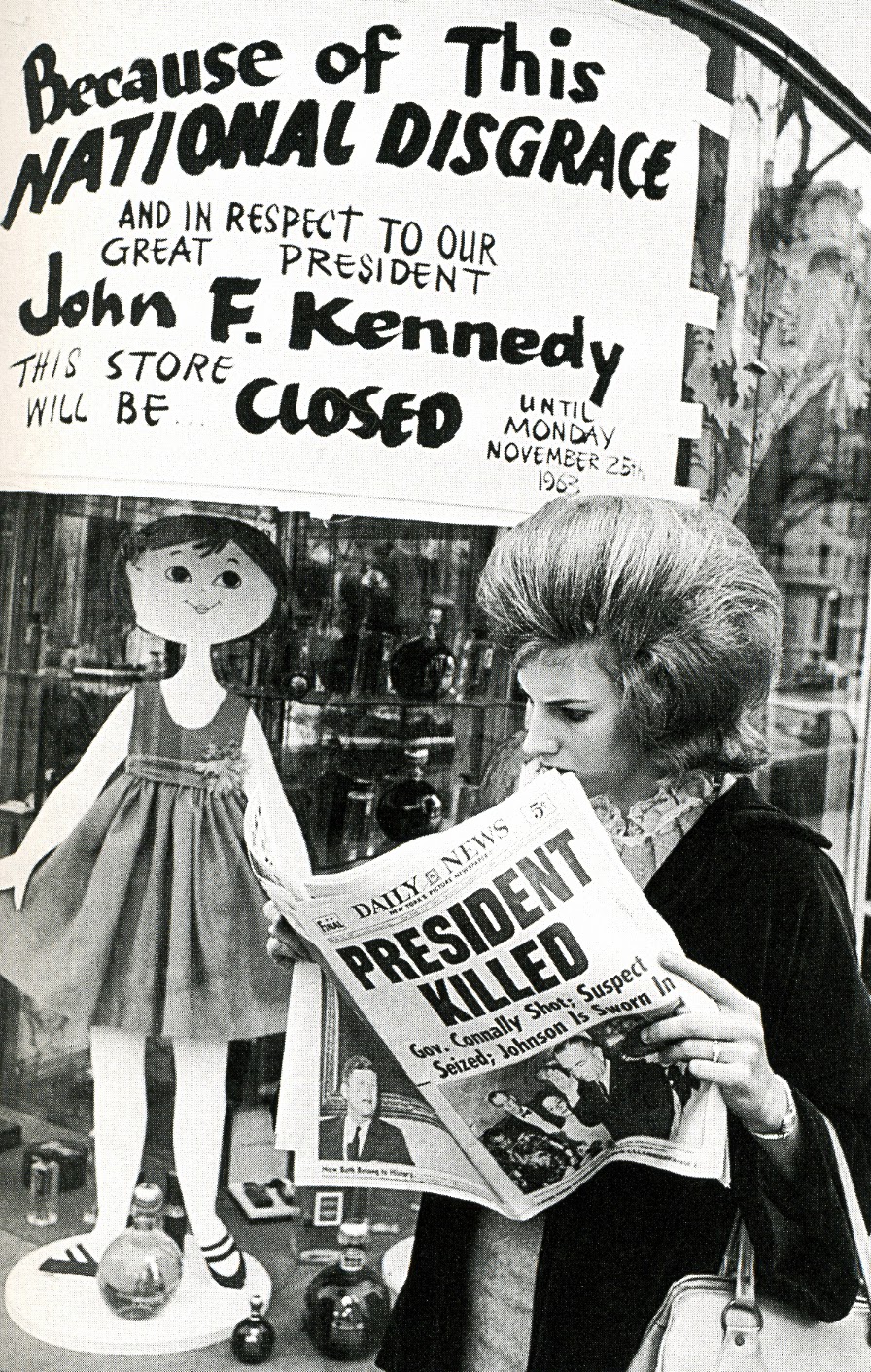 That stubborn sense of feeling disenfranchised can easily devolve into calls for vengeance. There have been four presidential assassinations in America alongside numerous attempts ranging from Andrew Jackson in 1835 to Ronald Reagan in 1981. Sites of political violence from Washington’s Ford’s Theatre to Dallas’ Dealey Plaza stand as haunting monuments to the darker aspects of American mythology, silent witnesses to passions flying in the face of consensus values predicated on shared faith in liberty, progress and perfectibility. At first glance, Sondheim and Weidman’s characters appear the expected caricatures of dangerously disaffected extremists but gradually elicit degrees of empathy in their common American struggles to be acknowledged, included and effective. Their rogues’ gallery becomes an inverse image of the very leaders they target, as if the distorted reflections in a funhouse mirror. Reversing Lincoln’s famous hierarchy by choosing bullets over ballots, exchanging the squeeze of a trigger for the stroke of a pen, they nevertheless hold similar goals as their victims, seeking to translate convictions into actions, to redress wrongs, change the country and leave their personal imprint on history.
Such dizzying rides from the margins to the center make the metaphor of a carnival the perfect extension of national culture. Time and space, fact and fiction, proportion and excess, and tragedy and comedy tumble over themselves and one another like a fairground Double Ferris Wheel. The result is equally disorienting and thrilling, a kaleidoscopic transit through history and scrupulous dissection of the American psyche, perhaps more relevant than ever in our saturated age of celebrity obsession, voyeuristic notoriety and exploding social media. 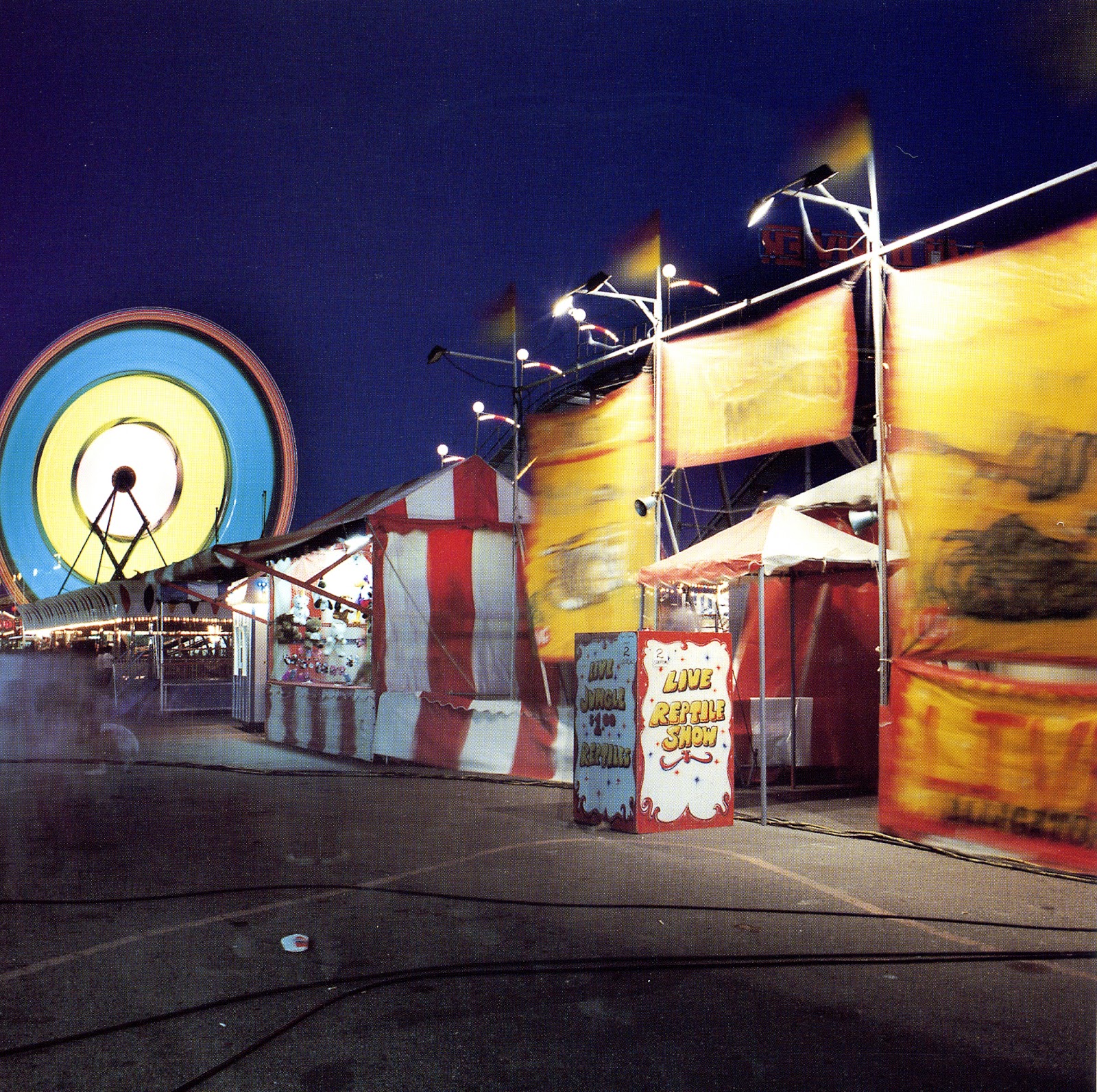 The primal appeal of those familiar injunctions of the midway—“Step Right Up!”, “Try Your Luck!”, “Test Your Strength!”,” “Grab the Brass Ring!”, “Win a Prize1”—is in their distilling of  key imperatives of American success into playful challenges. They repeat and validate that national promise of a bountiful land of opportunity. Urban anthropologist Bruce Caron captures that subconscious pull of the fairground: “The carnival midway beckons us from our sequestered modern lifestyle, challenges us to give in to our physical urges and the thrill of vertiginous flight.”  But even such recreational attractions are informed by an awareness that its competitions involve a fraudulent mixture of chance, skill and scam. Yet Sondheim and Weidman’s collective assassins sincerely take their cues from these creeds, above all pursuing the happiness they believe to be a national birthright, creating a veritable democracy of the disillusioned. The power of Assassins lies in this core of conventional values motivating its radical agents, who in large part cherish the same dreams that we all do. In this respect, it is telling that Sondheim has frequently commented on his own sense of outsider status, defining himself as “someone who people both want to kiss and kill.” As Caron concludes, “The midway makes us all marks.”
Team of Rivals

Like the prismatic society Assassins critiques, the show also demonstrates profound shifts in the American musical from its most integrated period of the early Forties through the mid-Sixties onward. Primarily through the examples of composer Richard Rodgers and librettist Oscar Hammerstein II, the mid-twentieth-century musical aspired toward a structural cohesion and attained a cultural security which clearly distinguished these decades from their predecessors, and would be celebrated as the genre’s Golden Age. In skillfully combining the advances in musicals leading up to their partnership in 1943, Rodgers and Hammerstein were lionized as masters of their art form, producing a succession of enduring classics from Oklahoma! (1943) through The Sound of Music (1960).

The son of a divorced fashion designer, Sondheim came into contact with Oscar Hammerstein by virtue of the Sondheims moving from Manhattan to Bucks County, Pennsylvania in 1942, where Hammerstein had purchased a farm which served as his home base and creative retreat. Sondheim became acquainted with Hammerstein through the latter’s teenage son, and the Hammersteins soon became a surrogate family for their new neighbor. Hammerstein mentored Sondheim in the craft of the musical while also providing him invaluable experience as an assistant on several Broadway projects. Sondheim credits Hammerstein for the cardinal rules which Sondheim continues to honor in his creative work: “less is more”, “content dictates form”, and “God is in the details”.

Sondheim also found a kindred spirit in Hammerstein’s restless nature. We can trace elements of Assassinsback to the complex themes of Carousel(1945) and the experiments of Hammerstein’s conceptual musical, Allegro (1947). While Sondheim transformed the landscape of musicals by absorbing and giving voice to the turbulent and fragmented decades of his maturity, there remains a strong Hammerstein legacy in the commitments to story, character, honesty and daring which characterize the Sondheim canon, as well as his continued attention to the genre’s traditional concerns with empowerment and community.

However reductively, over the past three decades, Broadway has been attacked for its increasing corporate presence and requisite pressures toward highly professional, if largely diversionary, entertainments. From its inception, Assassins stood as a stark rebuttal to that theme park argument, again taking inspiration from the traveling sideshow. In the shadows of that era’s mammoth megamusicals through today’s trend of Hollywood catalogue titles, Assassins remains unvarnished, more dangerous, more informed by risk and definitely more adventurous. Though circumstances delayed its appearance on Broadway for more than a decade, Assassins is fueled by that same ambition for reinvention as the greatest of the Golden Age musicals.

The main divergence, then, from the Rodgers and Hammerstein model is in Sondheim and Weidman’s reaching further back to the style of the vaudeville revue for their template. Throughout its heyday, the revue was a panoramic format consisting of free-standing and freewheeling specialty acts loosely bound by a central theme. In revisiting this non-linear structure, Assassins is liberated from some of the confines of that Golden Age development of the musical play. Changes in direction, focus and tone can occur with whiplash speed; characters and events can be presented without any overt, uncontested point-of-view; humor and pathos can intertwine, avoiding the traps of both sentiment and piety, while also refusing an easy cynicism.
In their overall structure and the score’s collage of period styles, from Civil War ballads through waltzes, marches, spirituals, barbershop quartets and Top 40 pop, Sondheim and Weidman use the world of popular entertainment, and its associations with all types of mass art from Wild West Shows to circus to today’s gaming industry, as a way of confronting our cultural history, offering a montage of both passing trends and steady constants which mutually define the American narrative. Like the best of Greek drama, Assassins is equal parts requiem, historical pageant, civic discourse, passion play and fertility ritual. As a character within the show invites us:
“Listen to the stories.
Hear it in the songs.”
About the Authors
One of the most indispensable and influential artists of the century, Stephen Sondheim was born in New York City in 1930. He wrote the lyrics for the Broadway musicals West Side Story (1957), Gypsy (1959) and Do I Hear a Waltz? (1965) as well as contributing to Candide (1973). In addition to Assassins (1990, expanded 1992), his works as composer-lyricist include A Funny Thing Happened on the Way to the Forum (1962), Anyone Can Whistle (1964), Company(1970), Follies (1971), A Little Night Music (1973), The Frogs (1974, revised 2004), Pacific Overtures (1976), Sweeney Todd (1979), Merrily We Roll Along (1981), Sunday in the Park with George (1984), Into the Woods (1987), Passion (1994) and Road Show(2008). Sondheim’s numerous honors range from eight Tony Awards including a 2008 Special Award for Lifetime Achievement in the Theatre, eight Grammys, and the Academy Award for Best Song for Dick Tracy (1990). He was inducted into the Theatre Hall of Fame in 1983, a Kennedy Center Honoree for Lifetime Achievement in the Performing Arts a decade later, and awarded the National Medal of Arts in 1996. In 1985, Sondheim received the Pulitzer Prize for Drama forSunday in the Park with George, one of only eight musicals in Pulitzer history to earn that recognition. In commemoration of his eightieth birthday, in 2010, Broadway’s former Henry Miller’s Theatre was renamed for Stephen Sondheim.
John Weidman was born in New York City in 1946. He attended Harvard University and Yale Law School before inaugurating his career as a librettist, following in the footsteps of his father Jerome Weidman whose prolific writing career included the books for the celebrated musical Fiorello! (1959, Pulitzer Prize 1960), and I Can Get It for You Wholesale(1962, based on Weidman’s own 1937 novel). In addition to Assassins, Weidman has collaborated with Sondheim on Pacific Overtures (1976) and  Road Show (2008), the latter evolving through several incarnations as Wise Guys (1999), Gold! and Bounce (2003), before attaining its final form. Additionally, Weidman has written or co-written the books for the musicals America’s Sweetheart (1983), the Tony-winning revival of Anything Goes (1987), Big(1996), Contact (2000), Take Flight (2007) and Happiness (2009). Further writing credits include the landmark television series Sesame Street, to which Weidman has contributed since 1986, sharing in a stunning sixteen Emmy Awards. From 1999 to 2009, Weidman served as president of the Dramatists Guild of America, a position held by Sondheim from 1973 through 1981.
PlayMakers Repertory Company will conclude its Mainstage Season with the Tony Award-winning musical Assassins by Stephen Sondheim, onstage April 2-20. To purchase tickets, visit the PlayMakers website, or call (919) 962-PLAY (7529).
View all Posts