Skip to the content
We rarely take photos of first rehearsal, but when it comes to the biggest show in our history, exceptions have to be made. The first rehearsal is typically  a read-through, as you’ll see here. 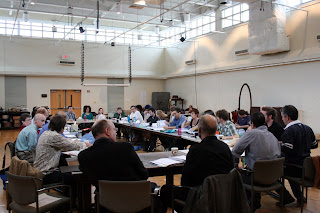 This is our rehearsal hall, which is large enough to tape out the actual specs of the stage. With a set as amazing as McKay Coble’s, the taping process includes a complicated color-coded system of tape, indicating everything from stairs to moving platforms. 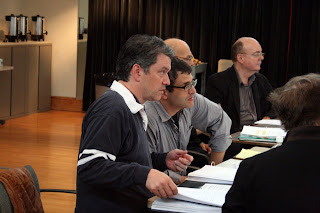 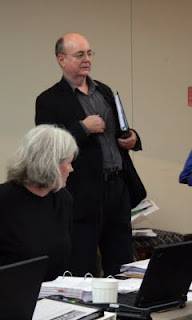 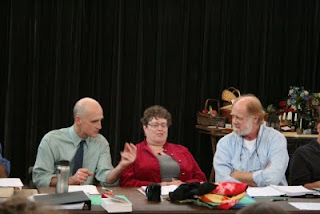 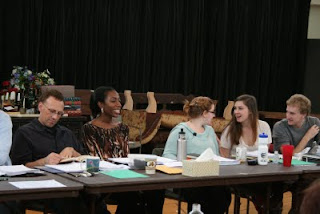 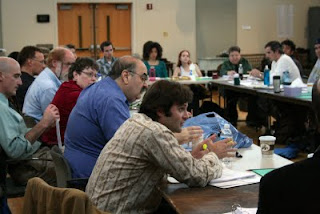 Guest actor Justin Adams (Nicholas) prepares for the read-through
While the company was doing table work, everyone gathered in our rehearsal hall, however that phase was completed on Saturday and now they’ve divided into two spaces in order to double the rehearsal time. More pictures will be coming soon!
View all Posts