Skip to the content
It’s a quiet Friday morning, so I thought I would post some “just for fun” pictures from around the building. An abbreviated tour, if you will… 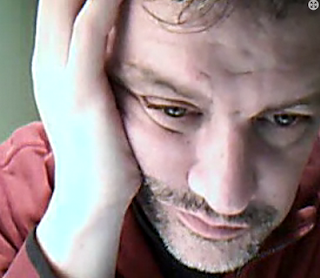 First up… co-director Tom Quaintance in the wee hours, three weeks into rehearsal. This was taken from a Skype conversation he was having with friends back home. Tom actually sent this to me; I did not invade his privacy for the sake of the blog! (This time.) 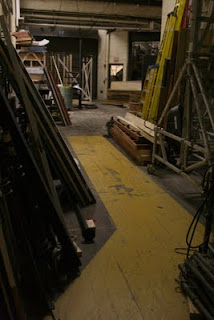 Here is the first thing I see everyday – the “yellow brick road” – a path through backstage that is painted yellow. It helps guest artists find their way around this maze of a building. 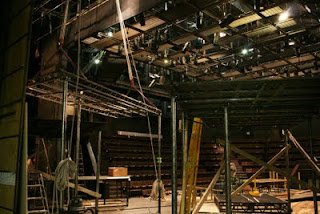 This is what the Nickleby set looks like so far, from backstage. Very little work goes on in the morning because most of the crew is either teaching or attending classes. 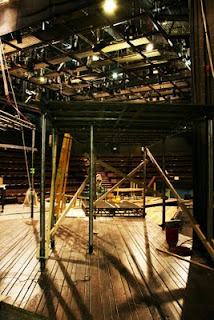 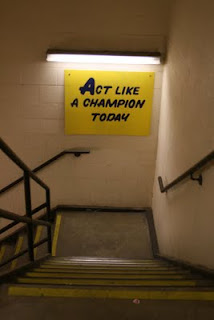 This is the stairwell that leads from the dressing rooms down to the stage. This season, some of the bigger sports fans in the building hung this inspirational sign a la football field houses. 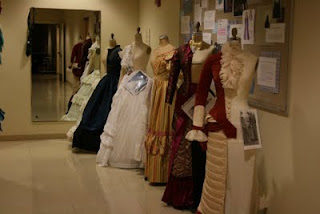 The hallway leading to my office… On the other side of this wall lies the costume shop and here are some examples of projects that are routinely displayed. These particular dresses are from the “Period Pattern” projects by several costume graduate students. 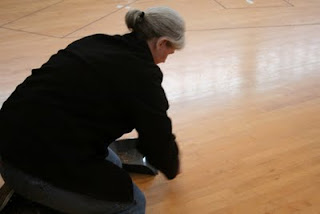 Just around the corner, is our rehearsal hall. Stage manager Sarah Smiley preps for today’s rehearsal. 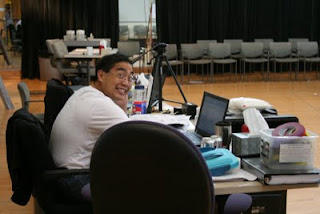 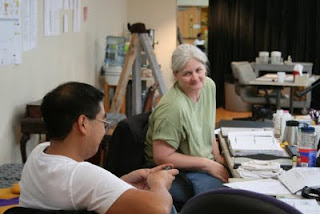 A rare moment (and only a moment) of down-time for the Stage Mangers as they prepare for today’s rehearsal.  I think Chuck and Sarah are the two busiest people in this building. It’s their job to corral 2 rehearsal rooms, 2 directors, and 25 actors while trying to schedule rehearsals around costume fittings,  PR events, classes, production meetings, union rules, the flu, and dozens of other obstacles.  Then of course, they have to manage rehearsals! They are often the first ones in the building and always the last ones to leave. I am in awe of these two and the fact that they can still stand up. 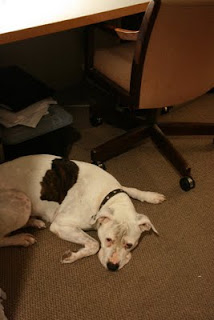 And last but not least – Tug! This is Sarah Smiley’s bulldog. He has become an important member of the PlayMakers family over the last 3 years and can often be seen carefully watching over rehearsals. His office is directly across the hall from mine and “Tug days” are always good days here. He even has his own couch in the rehearsal hall! 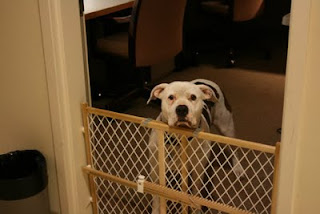