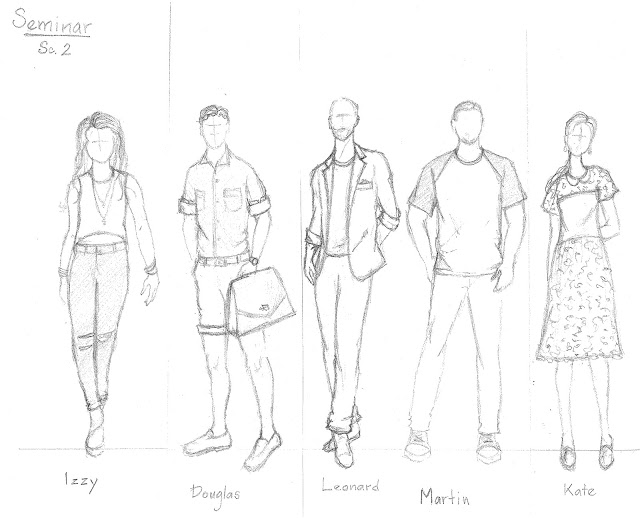 When approaching the costume design for a play set in modern day New York City, it might seem surprising that it was the words of an ancient Greek man that would catch my attention and so perfectly capture the sentiment I was aiming for: “Know first who you are; and then adorn yourself accordingly” (Epicetus 44-135 AD). Of course this has resonance because it applies just as much to the way we approach dress today as it did then.

In Seminar, we have four young men and women, all of whom are very hopeful that their writing career is about to take off as a result of mentoring from the successful editor/writer they have hired to examine and critique their work. The students are all from different socioeconomic backgrounds, but they have in common the fact that they are all on the verge of something – they are in a state of transition and trying to find out who they are as writers and, most likely, also as individuals. My goal is to capture that state of flux in their clothes as they try to sort out who they are. 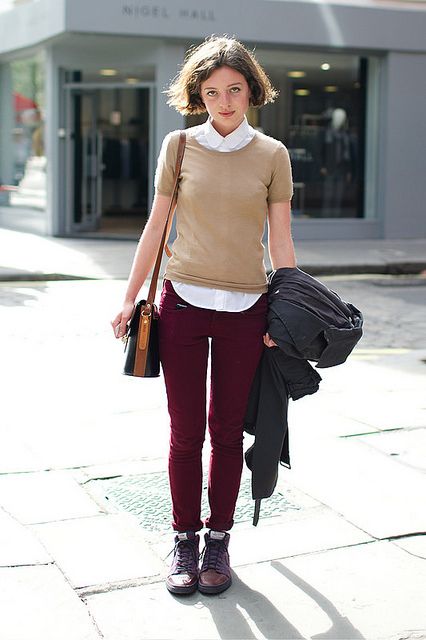 To go back to Epicetus’ quote, because these students are still figuring out who they are, what they present of themselves through their clothing are works in progress. So, what messages are their clothes sending and what does it reveal about them in that moment? Each of these students bravely presents their written work to Leonard and it is clear after his critique of Kate’s story in the second scene that they are going to get the brutal truth. And so they are arming themselves for these encounters; putting their best foot forward as we might do for an important interview or date. They are largely doing that with the clothes they wear. For Kate, it’s about putting on her best dress and curling her hair just so. For Douglas, it’s about the costume he imagines a successful writer would wear. This is not necessarily their true selves, but their best selves, or in some cases, the selves they hope they become as a result of these seminar sessions.

I am fortunate in that I get to tell this story of the characters’ identity over the course of the play as there are nine scenes and in nearly every scene the characters wear different clothes. For instance, I am able to explore the fallout of Leonard’s critique on Kate through her clothing. The clothes she wears in the middle section of the play are probably a closer reflection of who Kate actually is at that moment. Just as she needs Leonard to challenge her writing and jar her out of complacency, she needs those revelations about self so that she can discover who she is and dress accordingly.

Join us to see how these young writers evolve, as Seminar takes the stage tonight through November 1st.