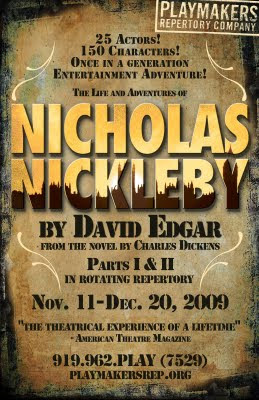 The poster art process for Nickleby started by meeting with the directors, Joe and Tom back in July. This is much earlier than we typically discuss artwork – but of course Nickleby isn’t a typical show. In our initial meeting many themes were discussed including the people of Nicholas Nickleby, the locations, hope, loss, family, the Victorian era, the grand scale of this production, etc. We batted around dozens of ideas, going in many different directions, leading me to an interesting research process.
Trying to capture some of the ideas Joe and Tom expressed, I researched random elements from street lights to brick walls to Victorian portraits. You can see a portion of the dozens of images below. With tons of collaboration, especially with Joe (who happens to be in the building), we finally landed on the concept of an old Victorian theatrical playbill. Because Nicholas Nickleby is a once-in-a-generation theatrical experience, we thought it important to emphasize the grand scale of the event, rather than narrowly trying to focus on one of its many important themes. 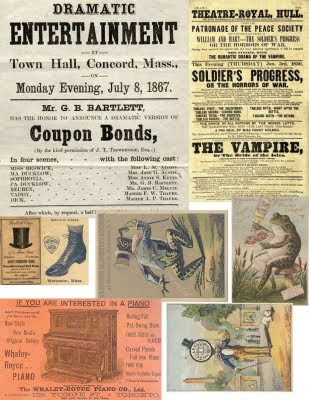 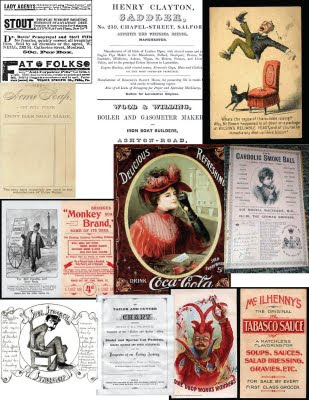 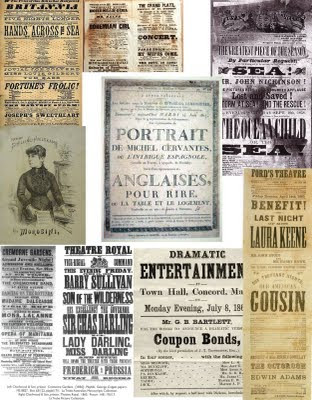 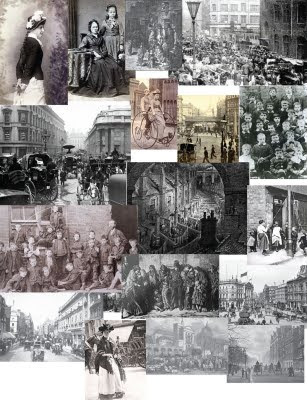 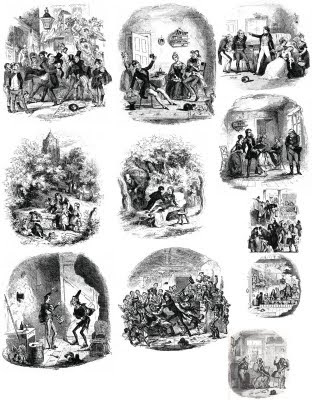