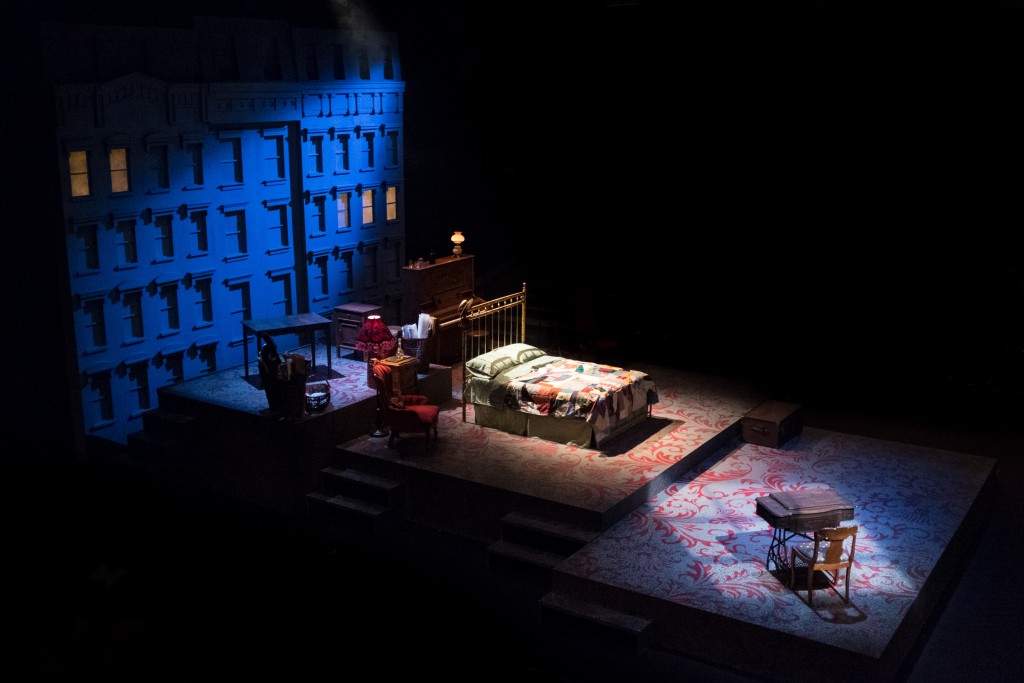 What’s so ‘intimate’ about Intimate Apparel? We sat down with director Raelle Myrick-Hodges and the show’s creative team members Junghyun Georgia Lee, Xavier Pierce, Dominic Abbenante and Bobbi Owen to find out what makes this production more intimate and true to life than any other.

Intimate Apparel is set in early 20th century New York City, one of the present-day fashion centers of the world, where protagonist Esther sews intimate apparel for clients of all types in order to make a living. Because the production is a period piece, Raelle explained, “It changes the physicality of the acting artists as well as the intention and objective of navigating relationships.” Scenic, lighting and especially costume design are all centered around embodying the emotions and culture of Intimate Apparel, a difficult task due to the century-long gap between the setting of the play and now. 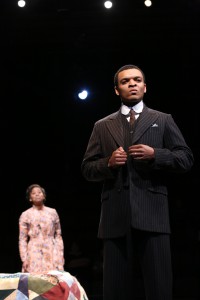 Costume designer Bobbi Owen found her inspiration through intense research on everyday clothing from the early 1900s, mostly in printed advertisements. The clothing designed for Intimate Apparel is very intricately detailed inside and out, replicating the artistry of clothing of the period. Owen also stated that the costumes were primarily made to fit the character, so actors will often have to modify their movements in order to accommodate to the costume: bending at the knee instead of the waist when wearing a corset, for example. “People are going to be using these clothes in ways that I never thought they were going to be using them,” Owen told us, as the relationship between the costume and the actor naturally evolves over time and practice.

“These are real actors who are going to be on stage who have to be able to breathe and crawl around on the floor, put clothes on and off, stand up and sit down, walk up flights of stairs—exactly the way all of us would’ve done if we lived in 1905.”
Bobbi Owen, on costume design

Lighting designer Xavier Pierce’s main focus for Intimate Apparel was centered around capturing the feelings that Esther and other characters may have actually shared, adding an additional layer of emotion to the production. Pierce stated that he relied on his own emotions as inspiration for different, unique lighting techniques, including manipulation of angles and colors. Even the process of turning on and off the stage lights—a sudden lighting change versus a 10-count or a 15-count—has a significant emotional intention and influences the audience’s feeling toward the story itself. 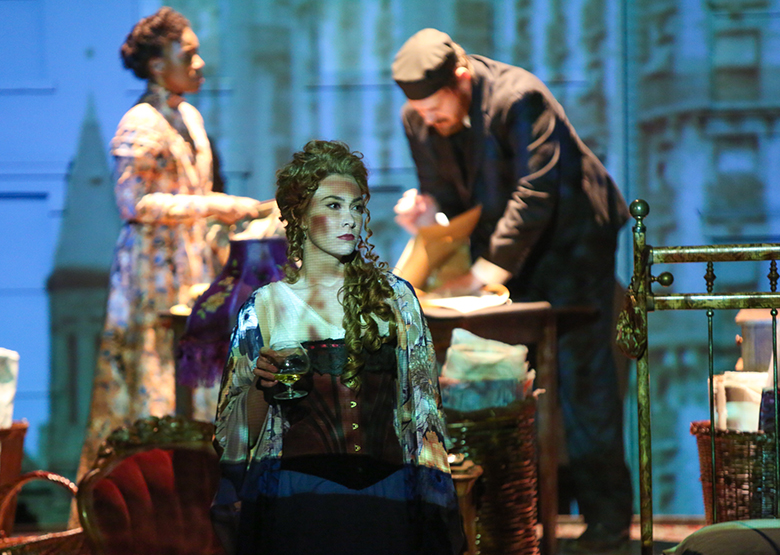 “It’s about wanting something—wanting something so much that you give up your entire self to have it … to understand that heartbreak is paramount to trying to convey real life.”
Xavier Pierce on lighting design

Scenic designers Junghyun Georgia Lee applied the intricacy of the clothing and fabric seen in the script when creating the set for Intimate Apparel by paying particular attention to motion and texture. The set is purposefully made to to be a conversational space that highlights characters’ different dialects, emotions and reactions, while giving primacy to the reality of the costumes. The whitewashed brownstone facade that looms over the set provides projections designerDominic Abbenante with a place to display some actual images from the period, further immersing us in the play.

Come experience Intimate Apparel this week at Playmakers Repertory Company, on stage through February 12! Click here for tickets or call 919.962.7529.