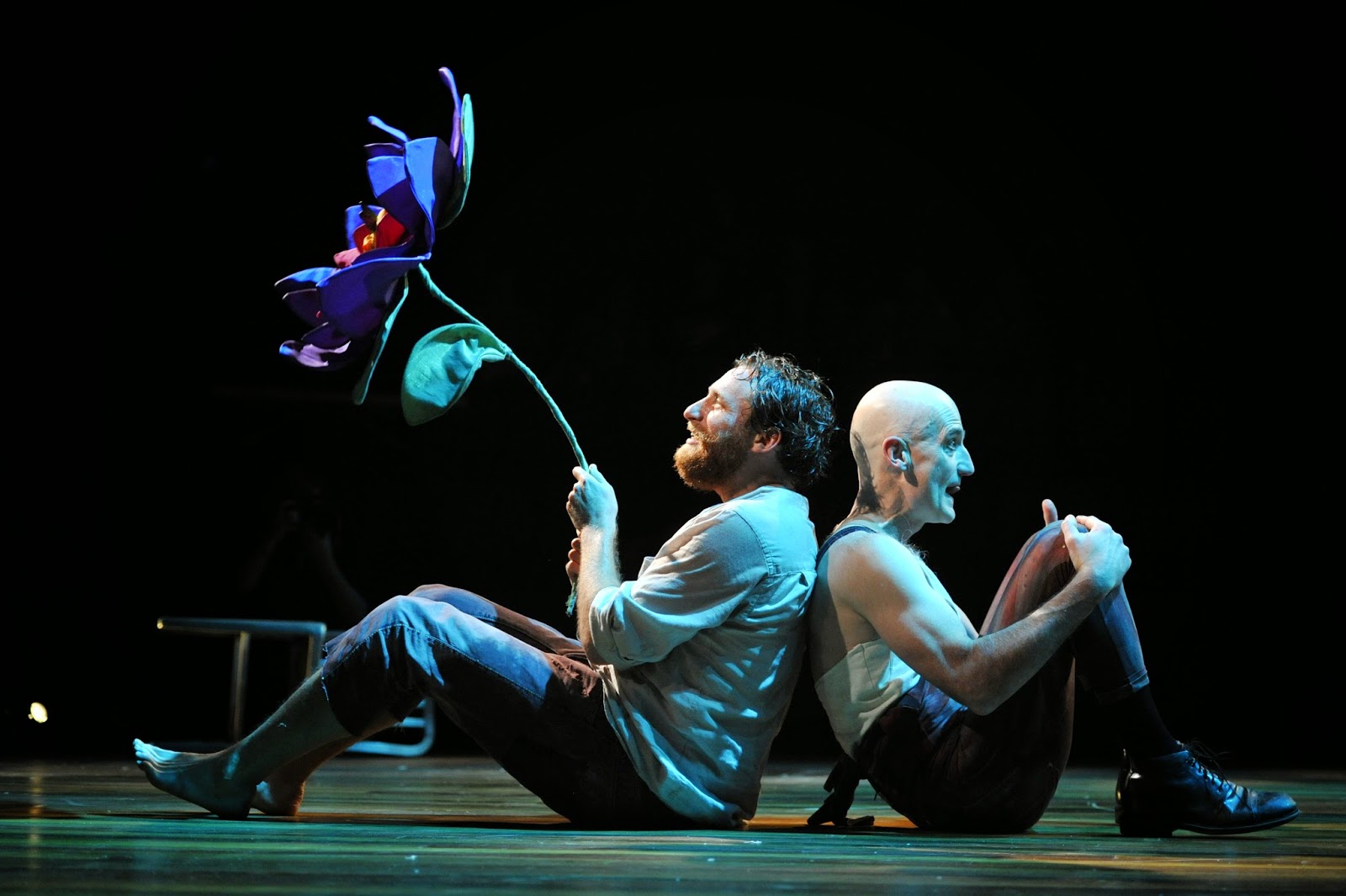 We sat in on a lively conversation between veteran company member Ray Dooley, featured in our previous post, and PlayMakers newcomer Zachary Fine. They are both starring in our current production of A Midsummer Night’s Dream, onstage through Dec 7. (Buy Tickets Here) Read below to see what they have to say about the production and each other.

ZACH: With Theseus/Philsotrate, there is not a ton in the play in terms of their relationship, but much of the rest of the play, they serve as a mirror to Oberon/Puck. That’s always fun to play with, or at least be conscious of in the playing of it. I feel like with both of those relationships, because Ray and I are in different stages of life, the status is unique to those relationships which allows for the comedy to come through even more. It’s simple and direct.

ZACH: I think the simplicity and directness of the language there, particularly with Philostrate describing the Mechanicals, the pleasure of that relationship of who Philostrate is describing this play is, for me, one of the most satisfying moments to just sit back and watch, even though I’m onstage. It’s such good writing, and so beautifully delivered by Ray. It’s just pure comedy.

On Playing the Mechanicals

RAY: Oftentimes Oberon/Theseus and Philostrate/Puck are doubled, but the wild card is in the Mechanicals. I’ve seen Mechanicals doubled with fairies. That’s not unusual in a smaller cast production, but to have the actor playing Theseus/Oberon and the actor playing Philostrate/Puck also playing Mechanicals presents logistical problems. Puck and Oberon both show up in Mechanicals scenes. So in our play, I’m absent from one scene and Zach is absent from one scene where the other character needs to be. We’re only in one Mechanical scene together as Snug (Ray) and Snout (Zach), only in that first scene. Those Mechanicals scenes were built from the ground up with whatever we could each bring to it. Not just Zach and I, but all of us. Obviously Julie [Fishell] and Kathy [Hunter-Williams] have the heavy lifting in those scenes. We just try to support that.

ZACH: Oberon sees Puck as an extension of his own body. As part and parcel of himself. He’s his great friend, his comrade in mischief and mayhem. His confessor, and his servant. He is the extension of me. Puck is also my only friend other than my wife [Titania, Queen of the Fairies (Lisa Birnbaum)]. I worry that sometimes he likes to do things the way he likes to do them as opposed to the way I tell him to do them. In this production, Puck is a bit of a parental figure. Someone who I can process the world with and sometimes can get good advice from. Not always!

RAY: Puck calls Oberon the Fairy Lord or Fairy King. He’s clearly the leader. Each production has its own dynamic, and sometimes it can be very stern, austere, patrician almost. Oberon with a very juvenile Puck. This is a different dynamic because of who we are and our personal relationship outside of the play. We were able to bring that in. The director [Shana Cooper] encouraged that, in fact, which was one of the great joys of the rehearsal process. Puck thinks very much that Oberon is in charge. The way it has developed in performance and in rehearsal, Oberon can be inept sometimes. (laughs) Although he has his mischievous side, Puck is a bit long-suffering in our production. It’s all done in great fun. I think it’s part of the charm of our production. People have told me that they’ve never seen anything quite like this, like this dynamic.

ZACH: I find that surprising.

RAY: I agree. It allows us to show a great contrast when we go back to Athens. The very formal, structured society and this catch-as-catch-can happening out in the woods where not all t’s are crossed and i’s dotted. If the characters are sure and in complete control, it’s so much less interesting. Nothing is guaranteed here. This could all go very badly very quickly. Which raises the stakes and makes it much more fun, much more immediate. I think it’s a lovely live dynamic not to have everything square and secure.

ZACH: So often Oberon and Puck, particularly Oberon, are the order. He’s the King of the Fairies. When I say things like do this then this, and “all things will be peace,” if the approach to that is that I know that this is going to happen, it’s already solved, then what the play philosophically is saying is that in this fairy world, it’s figured out. There’s order. There’s control. As opposed to the way we’re playing it, we’re in the same type of chaos. This is in the play, but we’re turning up the volume on all of us fumbling around in the dark. I like that we get to play with that a lot. That Oberon doesn’t have to have it all figured out.

I was gently nudged in a direction with Oberon in my audition by the director Shana. She was interested in seeing an Oberon who was not as certain as other Oberons. The way she put it was an almost Woody Allen type neurosis. So I took that and said, yes, I can play with that and it fit in with my own playful neurosis.

ZACH: The relationship Ray and I had immediately clicked around this playfulness we had in our rehearsal room from the start. So we both were saying “yes, and…” to each other immediately. That enabled me to go further with the choices I was making. Ray is a person that I look to for guidance and wisdom, so I can act that out in the play very easily.

RAY: It’s a joy when that happens, to be given the freedom to create that way. We were encouraged to do it that way by the director, who came in with some very strong ideas. She had just done the show. Maybe we were very much swimming in the river she already had envisioned, but certainly, she made way for the small, individual things we came up with and gave us a lot of license and encouragement.

In early rehearsals, we had something set up where I had big pillows, and Zach was practicing throwing balls at me. That insouciance that Zach was bringing while I was covering up for dear life! (laughs)

ZACH: There is a level of sadism to Oberon in his relationship to Puck.

ZACH: It is very rare that you get to work with an actor and you don’t have to talk really. Our rehearsal was not spent talking about the play trying to understand it from some intellectual place. We just clicked. We just got into the rehearsal room and we kept throwing ideas out there, and both of us liked each others’ ideas.

RAY: By throwing ideas out, that usually didn’t come in the form of words. It came in physical ideas. Actions.

ZACH: I’ve never had an experience like that, actually, when it’s been so seamless.

RAY: Like Helena’s [Arielle Yoder] line, “So we grow together, like to a double cherry, seeming parted, but yet an union in partition.” The pure fun we had in rehearsal played out on stage, and the audience can sense that.

On Their Offstage Relationship:

RAY: We had an opening [in the department] when our esteemed movement teacher Craig Turner went into semi-retirement. Based on meeting Zach twice, I called him and offered him the job. I knew that this was the right fit.

ZACH: It sounds scripted to say this, but it felt that way on the other side too. It was an enormous opportunity to step into something I had been hoping to step into in life. Since I’ve been here, Ray has been my guide, my shepherd, and my friend. It has been really special to have that relationship. To have begun what I think it’s going to be a really long friendship. That’s been the best part of it all.