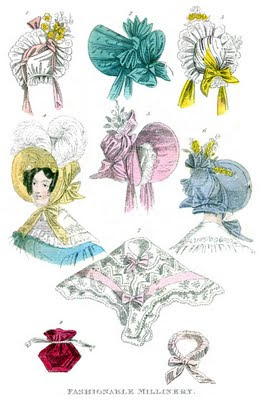 Just after “Pride and Prejudice” closed but before the end of the spring semester, PlayMakers’ costume department met with designers Jan Chambers and Jade Bettin to strategize costume production on “Nicholas Nickleby.” Jan had some initial costume renderings to share with us, and Jade presented an impressive (large, daunting) costume plot?basically a huge spreadsheet listing which actors play which characters in which scenes wearing which clothes.

For my part, I was already familiar with the scope of what we are about to take on?I have vivid memories of watching the Royal Shakespeare Company production starring Roger Rees with my parents in 1982, and the book has always been my favorite Charles Dickens novel. We had watched a film adaptation of the story one afternoon in the costume shop as well. Even so, I skimmed through the doorstop-sized scripts prior to the meeting, taking notes and formulating questions that might pertain to my role in the production.

And, by “role,” I don’t mean playing a part onstage! As crafts artisan for PRC, I have several distinct responsibilities: I dye and apply surface treatments to fabric for our costumers to make into garments, I rubberize shoe soles for actor safety onstage, I distress and age costumes to look worn or old, and I produce all the costume items which are NOT tailored garments: masks, jewelry, armor, period shoes, and hats.

If you are familiar with the Nickleby story, you already know where I fit into this production: some of the action takes place in a millinery shop (where they make fancy bonnets for wealthy ladies), and another bit follows a traveling theatre troupe. I don’t know yet what that theatre troupe is going to look like, but one thing’s for certain: there will be no scarcity of hats!