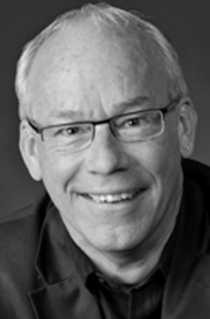 Brad Carrol is a recognized regional theatre director, music director, and composer whose work has taken him all over the world. He is the composer of Lend Me A Tenor, The Musical, (Gielgud Theatre, London, 2011) which continues to enjoy success in theatres and opera houses across Europe, and is now also available in the U.S. (www.stagerights.com). Also Christmas is Here Again (in association with Renegade Animation and PCPA Theaterfest, premiere 2014). Other produced works include Amelia Lost (librettist) with composer, Larry Delinger; A Christmas Carol: On The Air (composer/co-author) for the Utah Shakespeare Festival; Cio Cio San an opera-theatre re-dux piece (composer/arranger); Christmas Is… A Musical Memory and Robin Hood. Musical scores composed for dramatic productions – Cyrano de Bergerac, King Lear, As You Like It, Measure for Measure, Timon of Athens, Death of a Salesman and To Kill a Mockingbird. Brad’s musical arrangements and orchestrations have been performed by such prestigious ensembles as the … San Francisco Symphony and the Boston Pops. Also Writer, Director and Musical Arranger for Walt Disney Entertainment, TokyoDisneySea. He is currently Resident Artist/Artistic Associate for the Pacific Conservatory Theatre (PCPA) in Santa Maria, CA.