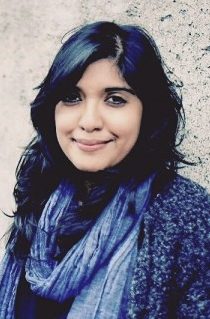 DIPIKA GUHA was born in Calcutta and raised in India, Russia, and the United Kingdom. She is the inaugural recipient of the Shakespeare’s Sister Playwriting Fellowship, a Hodder Fellow at the Lewis Center for the Arts at Princeton, and a Venturous Fellow with the Lark Play Development Center. Her plays include YOGA PLAY (South Coast Repertory Theatre, SF Playhouse, Gateway Theatre), I ENTER the VALLEY (Theatreworks New Play Festival, Finalist for the Ruby Prize ’15); THE ART of GAMAN (Theatre 503 London, Berkeley Rep Ground Floor) and UNRELIABLE (Kansas City Rep). She is currently under commission from ACT and Z Space, Oregon Shakespeare Festival, Barrington Stage, South Coast Rep, and MTC/Sloan. She’s an alumnus of Ars Nova Playgroup, the Dramatists Guild Fellows Program, Soho Rep W/D Lab, the Women’s Project Lab & the Ma-Yi Writer’s Lab. Dipika received her BA in English Literature from University College London, was a Frank Knox Fellow at Harvard University, and received her MFA in Playwriting at the Yale School of Drama under Paula Vogel. She’s worked as Visiting Artist at the Schell Center for International Human Rights at Yale Law School, was a Resident Playwright at The Playwrights Foundation in San Francisco, is a Core Writer at the Playwrights Center in Minneapolis, and a member of the Geffen Playwrights Group where she continues to develop work. For television, Dipika has written on shows in development at AMC including recently Rainy Day People for showrunners Chris Cantwell and Chris Rogers and Sneaky Pete for Amazon. She is currently writing on Black Monday at Showtime.