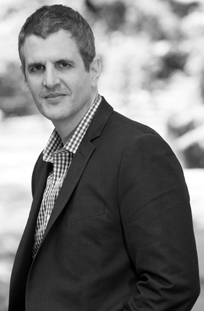 In addition to his work at PlayMakers (Into the Woods, The Tempest, Metamorphoses, Cabaret, Henry IV & V, The Illusion, Amadeus, Pericles, Big River, As You Like It, Cyrano and others), Joseph has directed and performed at theatres throughout the United States including the Guthrie Theater, The Public Theater/NYSF, Alley Theatre, Mark Taper Forum, Ahmanson Theatre, Actors Theatre of Louisville, the Folger Theatre, the Oregon Shakespeare Festival, and many others. He has worked overseas in Salzburg, Edinburgh, Paris, Berlin, Venice and Japan. Outside of traditional theatres, Joseph has directed projects in a maximum-security prison in Los Angeles, in Batesburg-Leesville, South Carolina, and in the West Bank and Gaza. As an actor, Joseph has worked with many of the theatre’s foremost directors including Garland Wright, Anne Bogart (as an original member of SITI Company), Peter Sellars, Sir Peter Hall, JoAnne Akalaitis, Robert Woodruff and others. Joseph has served on peer review panels for the National Endowment for the Arts (NEA) and Theatre Communications Group (TCG), is the recipient of the NEA Millennium Grant awarded in 2000 to “fifty of America’s finest artists,” was a participant in the Career Development Program for Directors through TCG, and was named by American Theatre magazine as one of 25 theatre artists who will have a significant impact on the field over the next quarter century. His 2010 production of Hamlet at the Folger Theatre in Washington, DC was nominated for six Helen Hayes Awards, winning for Outstanding Production. Joseph is on the Board of Directors of TCG and is a member of Under the Radar’s Director’s Circle.