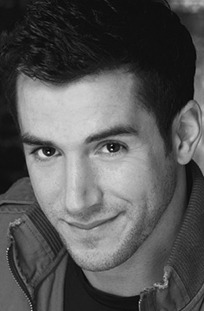 Matthew Steffens returns to PlayMakers following his work on SYC productions of Guys & Dolls and Hairspray. An international director, choreographer and performer, Matthew most recently served as Associate Director/Choreographer for the Off-Broadway production of Bountiful: A Teacher’s Journey (also receiving rave reviews for his performance). He was Associate Choreographer for the Broadway production of Doctor Zhivago, appeared on Broadway in Women on the Verge of a Nervous Breakdown and Promises, Promises, and served as Resident Director of the immersive Off-Broadway show Queen of the Night (Drama Desk Award-winner for Unique Theatrical Experience). Matthew has also danced, fought and flown his way through 12 operas with New York’s Metropolitan Opera. His television and film credits include The Last Five Years (with Anna Kendrick and Jeremy Jordan), Across the Universe, Black Box and Smash.