Skip to the content
Here’s a tiny sneak peek at some pieces costume designer Jan Chambers and associate designer Jade Bettin have pulled for the show. I’m told that there are over 600 pieces in this room. 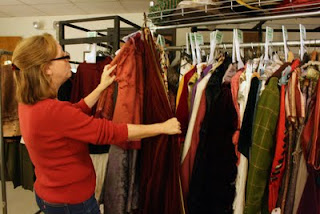 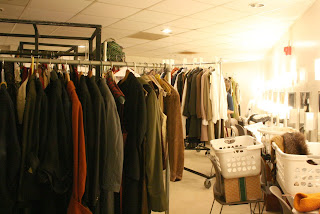 The men’s dressing room served as a temporary staging area as costumes were pulled. 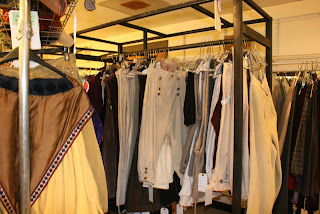 There are racks and racks of costumes, sorted by piece – pants, jackets, skirts, etc. 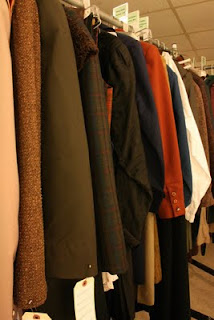 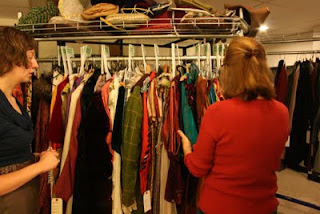 Associate designer Jade Bettin consults with Jan on the more colorful pieces for the Crummles. 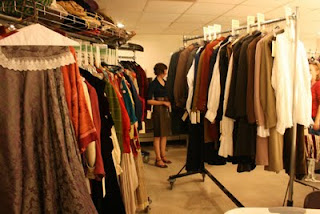 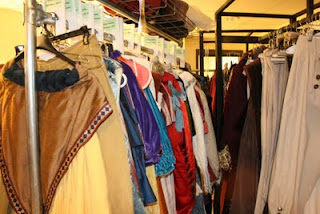 The Crummles Company is a theatre troupe in the Nickleby world, so their costumes will be much brighter and more “theatrical” than those of most of the other characters. 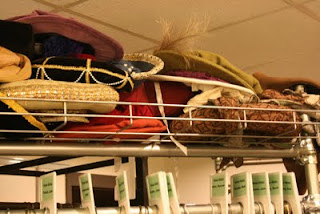 You’ve already heard from Rachel Pollock that there will be many, many hats. Here are a few! 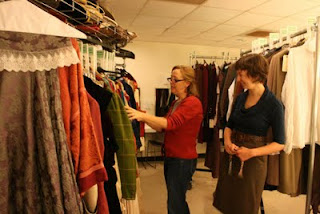