Skip to the content
A couple of weeks ago, we took a look at costumer designer Jan Chambers’ most amazing first-round sketches. This week, we move into the finalized sketches. These are still black and white because many (certainly not all) of the costume pieces for this show are going to either be pulled from our enormous costume storage or rented, however they are much more detailed that the earlier sketches.
Before we get to the sketches though, I thought I would give you a tiny glimpse into our costume storage room. This is only the first row of a dozen or so. Further in, it’s actually two stories. I’ll work my way deeper into the room in the coming weeks, but it’s one of the most impressive rooms I’ve ever been in. If you’ve never done it, PlayMakers offers backstage tours and you can see this for yourself. Just call the Box Office for more details. 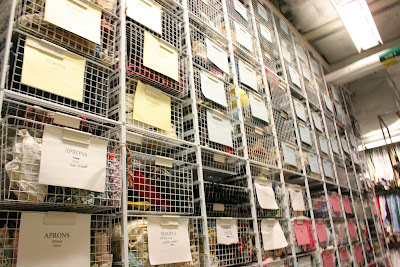 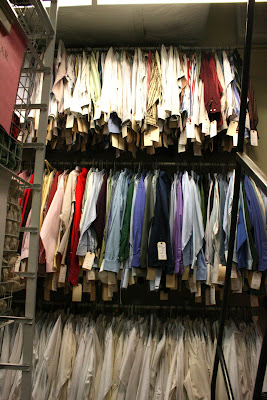 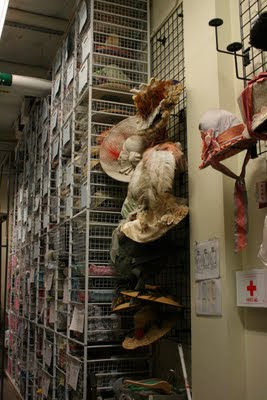 And on to the sketches… Like many of Jan’s first-round sketches, there are multiples on some of these to show that the same actor will be playing both characters (except on the boys’ sketch). 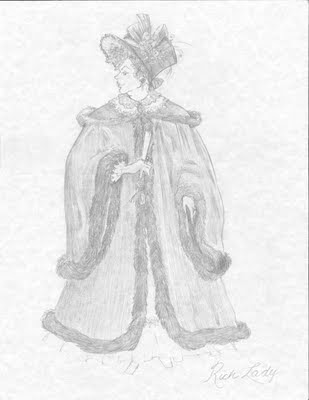 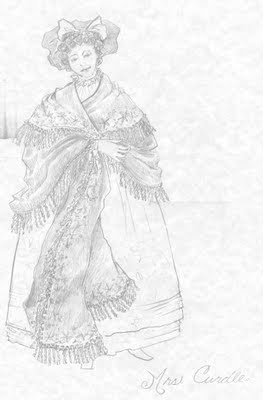 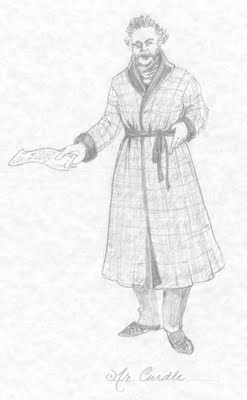 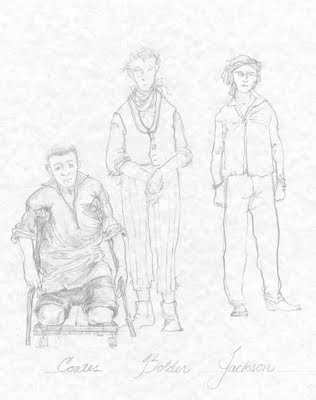 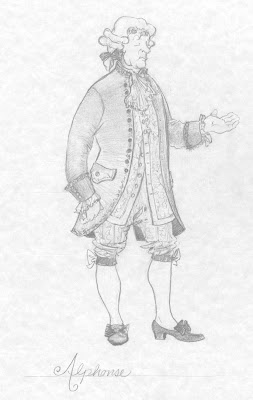 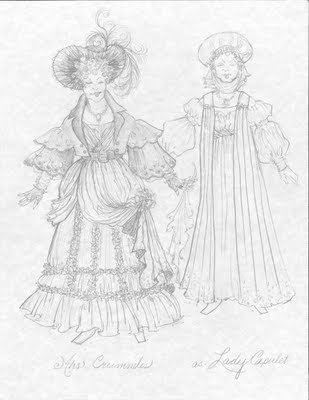 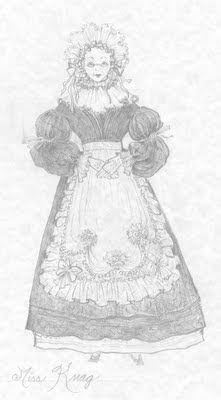 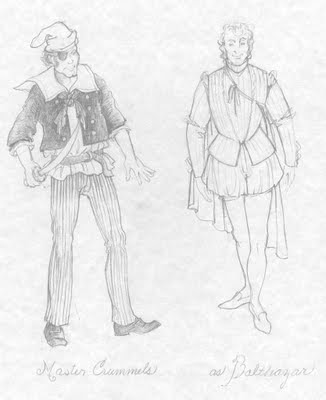 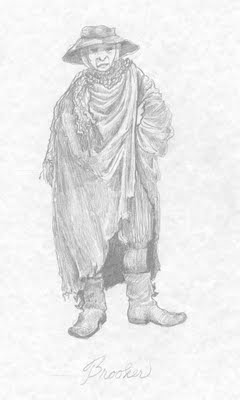 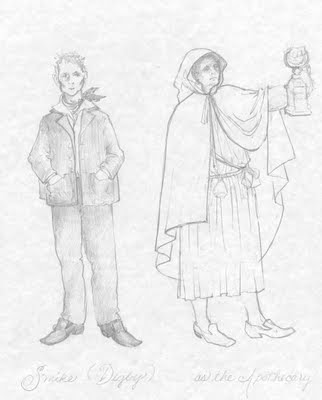 Make sure to check in next week for more costume sketches and a sneak peak at costume pieces that have already been pulled.
View all Posts