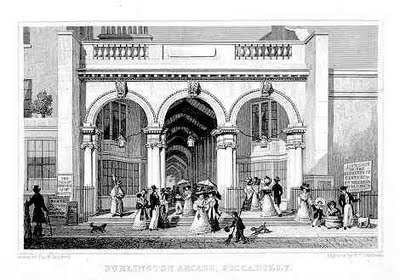 When working in a specific period, I often do method research into millinery techniques of the time in question. In our costume library, we have texts from throughout history on how various articles of clothing were made in earlier eras. Granted, we don’t follow those to the letter, rather we use them as guides for how to position seams or incorporate understructure to create particular period garment shapes, but within the demands of a performance. (For example, though an 18th century aristocrat might have been sewn into her dress each day, a modern actress might have a quick change, so we incorporate rigging to accommodate that.)

For Nicholas Nickleby, because a large section of the action takes place in a millinery shop, I also researched milliners of the time out of curiosity. What was it like do my job back then? Boy, was I surprised by what I discovered!

The 19th century was an interesting time in fashion, with the rise of what we now call haute couture–Charles Worth had established his fashion house in Paris to great renown, but yet it was also still considered shocking and downright immoral for men to involve themselves in the creation of women’s attire. Charles Dickens himself even expressed this sentiment in his 1863 periodical, “All the Year Round,” thus:

“Would you believe that, in the latter half of the nineteenth century, there are bearded milliners–man-milliners, authentic men, like Zouaves–who, with their solid fingers, take the exact dimensions of the highest titled women in Paris–robe them, unrobe them, and make them turn backward and forward before them?”

The prurient presumptions of the public surrounding the gender-integration of the millinery trade were not without foundation, too. Milliners’ assistants were often poorly compensated for their work, yet spent their days in a richly decorated salon surrounded by beautiful garments, opulent accessories, and wealthy customers. Many women, tempted to live beyond their means, supplemented their milliner’s wages with prostitution. The milliner of easy virtue was such a cliché that she often popped up in plays and novels of the period, and in fact, London’s upscale millinery thoroughfare, Burlington Arcade, doubled as a red-light district in the late afternoons.

So, when Kate Nickleby is sent off to work at Madame Mantalini’s shop amongst man-milliners like the predatory Mssr. Mantalini, no wonder she is less than thrilled. Sure, making hats all day might be a fascinating and creative trade, but at the time, she might well have been shipped off to a brothel in the eyes of “polite” society!

Trying to put it in a modern context, I think, ok, you’ve got this sheltered, naive girl whose father has passed away leaving her family penniless, her beloved brother is packed off to a teaching job in another part of the country, and her uncle comes to her and basically says, “Look Kate, I’ve found you a great job, where a young beautiful girl like you can use your many creative talents and earn a good wage to help support your family at this very reputable Strip-O-Gram company.” And, you know, bravo to Kate, in that she chins up and gives millinery her best shot despite what people say and think about the trade, but no wonder she’s so shellshocked and timid about it!