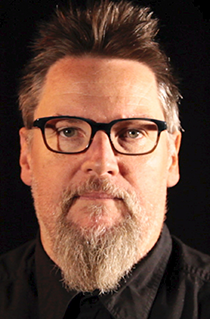 Jim Findlay is happily returning to PlayMakers after having co-created “De Profundis” with Brian Mertes in 2017 and even more distantly having worked as the shop foreman from 1989-1992. Recent credits include direction and design of the whisper opera by Pulitzer winning composer David Lang in Brussels, Belgium; direction and design of Electric Lucifer at the Kitchen (NYC); direction and design of The Oper& at Duke Performances; set design of Measure for Measure at the Public Theater; video design of director Daniel Fish’s adaptation of Don DeLillo’s White Noise at Theater Freiburg; and set design of The Loser (again David Lang) at BAM. He has received Obie and Bessie Awards and is a Creative Capital artist and MacDowell Colony Fellow. He is a founder of the Collapsable Hole, an artist run performance space in New York City. He is currently developing a Walt Whitman project which will premiere in 2020.