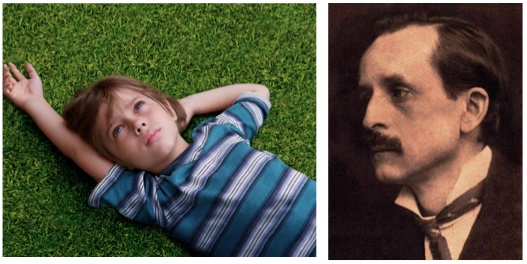 
We live in an age of revisionist art. A dizzying array of sequels, prequels, remakes, origin stories, samplings, spin-offs and franchises meet the constantly expanding alternate characters and virtual plotlines of fan fiction; books become plays which beget musicals which become films, then are restaged in their movie guise and repackaged in book form all over again. A dissenting view on such trends is voiced in Tony Kushner’s Angels in America, where a troubled, fearful Mormon wife, Harper Pitt, laments “imagination can’t create anything new, can it? It only recycles bits and pieces from the world and reassembles them into visions with the appearance of novelty and truth.” But Harper’s perspective isn’t the last word, as Kushner places her delimiting comments within a scene of flamboyant magic realism, itself a bold affirmation of human imagination, and her rendezvous ends with Harper trading genuine insights about innermost truths with an AIDS-stricken gay man facing the specter of mortality, who identifies their present surreal environment, “the very threshold of revelation sometimes.”

While author James M. Barrie predates this cultural landscape by more than a century, both his method of reinventing materials in subtle to surprising ways and his love of the worlds of imaginative literature and the practical magic of the theatre make him a natural inhabitant of our times, and one whose best works likewise deliver us from the ordinary to a place of revelatory power. Barrie introduced Peter Pan as a cameo character in his novel The Little White Bird in 1902. Two years later, Barrie premiered his beloved stage version focusing on Peter as the now archetypal Boy Who Wouldn’t Grow Up as he subtitles the play. The original Pan episodes from Little White Bird soon morphed into another book, Peter Pan in Kensington Gardens (1906), and the play was finally novelized as Peter and Wendy in 1911. Barrie’s playful, fluid, at times obsessive approach serves as one point of confluence with contemporary practice, and Peter Pan, of course, has since taken on a life of its own, finding expression in every form of art and genre of media. But what accounts for its continued relevance and timeless appeal?

An answer might lie in a notable contrast. Richard Linklater’s recent groundbreaking film Boyhood, shot over the span of a dozen years, is the story of a boy we both narratively and literally watch age and mature, witnessing its central figure Mason Evans’ passages through childhood and a host of encounters, both pleasurable and painful, before reaching the cusp of adulthood and embarking on college. Though like Barrie’s hero a dreamer who never allows reality to extinguish his love of life’s adventures, Mason is the anti-Peter Pan. The film’s poignancy lies in the inevitability of the small disillusionments and negotiations with circumstances we see etched in actor Ellar Coltrane’s face as he grows from innocence to experience.

“It is simply a matter of light attracting light. The pleasure taken by audiences at Peter Pan has come from the fact that whatever is human and healthful in thought or feeling in them has been touched by Barrie’s humanity.” – producer Charles Frohman (1906).

Peter Pan is the spirited negation of that stubborn world of fact. Barrie releases us from the bonds of convention in an environment where dominant values, gender roles (and given the tradition of cross-casting Peter, gender identity), even gravity no longer apply. Just as daring is the equanimity the titular hero shows in the face of death, which Peter characterizes as he previously had life as “an awfully big adventure.” As Edwardian journalist Oscar Parker observed in reflections on the play in 1906, Barrie’s triumph lay not in recalling “the actual visions of childhood, but the whole mental life of the child, when reality and dreams merge into one another.” Barrie struck a chord with an embodiment of unfettered potential in a period of historical and social upheaval. In The Century Magazine (also 1906), critic Louise Boynton notes how Peter Pan is the glorious rebuttal to the tone of cynicism defining much of the literature of the day. And both social instability and the prevalence of a studied irony in popular culture further closes that apparent distance between Barrie’s time and our own.

Barrie found kindred souls in novelists Dave Barry and Ridley Pearson, whose 2005 source novel Peter and the Starcatchers reimagined Barrie’s fantasy for the burgeoning landscape of Young Adult fiction, one of the rare sites of explosive growth amid the changing fortunes of the publishing industry. In the tradition of the narrative-bending Barrie, Starcatchers was followed by several more books, Peter and the Shadow Thieves (2006), Peter and the Secret of Rundoon (2007), Peter and the Sword of Mercy (2009), and The Bridge to Never Land (2011), leading to a trilogy of new works set on Never Land; Escape from the Carnivale (2006), Cave of the Dark Wind (2007), and Blood Tide (2008). Our production’s director Brendon Fox memorably described the progress of Rick Elice’s skillful stage adaptation as “shaking the Etch A Sketch”, and that metaphor is as applicable to Barrie’s career long fascination with Peter, as it is to the wealth of retellings leading to this latest variant. And as to the medium, the wonder, danger, surprise and delight of the subject matter finds a perfect marriage in Elice and Barker’s celebration of theatrical artifice.

Final thoughts on the reign of Barrie’s creation and the widespread allure of Peter and the Starcatcher can be found by applying these companion pieces to a seminal statement from British stage director Peter Brook, whose 1968 book on theatre, The Empty Space, became a standard text.

In whatever version, Peter Pan has acquired the status of myth, awakening the sleeping child within, allowing us to defy and finally make our peace with loss and aging, and to keep equal faith with the faculty of imagination and the stage as a site of its precious gift of possibility. As Peter and the Starcatcher so lovingly demonstrates, the human instinct for recreation may be more formalized in the theatre, but the ways by which the stage liberates our energies and frees us to partake of its revelations are those selfsame means shared by Barrie and his protagonist, Barry and Pearson, Rick Elice and Wayne Barker, and now PlayMakers and its audiences through this production: as Brook sagely concludes, “a play is play.”