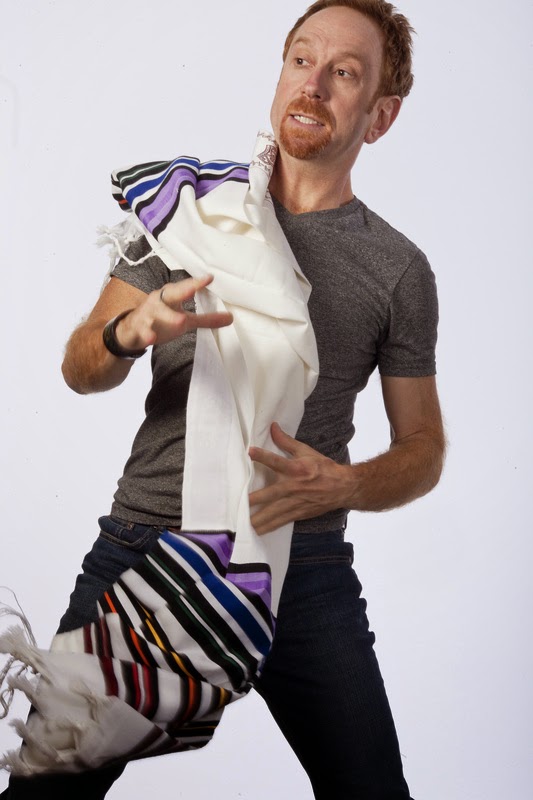 Wrestling Jerusalem is a piece Aaron Davidman has been working on for a long time. The idea was first sparked when he visited Israel for the first time in 1992. In the decades since, the central idea has had several incarnations, but after repeated trips to the Middle East, Aaron found that there were many stories to be told.

“It feels to me that the Israeli/Palestinian story is the most important story for Jews to understand, and as an American Jewish theatre artist I felt compelled to go deeply into the material to see how I could make sense of this very troubling and often confusing conflict,” Aaron explains. “I was inspired to reach beyond the headlines, beyond polemic, and understand the complexity and nuance, the history and current events, the mythology and the real politik of the ‘situation’ as they call it in Israel.”

The result is a one-man show with 18 different characters (including himself), each with a very different, but very real perspective on the Israeli/Palestinian conflict. The characters are directly inspired from his interviews of people living on all sides of the dispute and coming to an understanding of it from their unique perspectives.

Though the problem has been there for generations, the “situation” is still actively smoldering, flaring up dramatically on many occasions. As it all develops, so too does the play. Since premiering in San Francisco last spring, the terrible war in Gaza over the summer brought Aaron to do a major rewrite.

“I don’t rewrite the play to speak to current events, but rather, I have to be sure that the tone of the piece remains connected to where our world is—in my subjective opinion of course—in relation to this continually evolving conflict.”

It is this immediate relevancy, of course, that draws us here at PlayMakers. The mission of our PRC² series is to bring these hot issues in front of us and our community to engage us all as part of the dialogue. Producing Artistic Director Joe Haj explains,

“In the first season that I programmed at PlayMakers (2007/08) we included When the Bulbul Stopped Singing, a solo piece that I acted in. That play was an examination of the Palestinian/Israeli divide as viewed from the perspective of a progressive Palestinian civil/human rights lawyer, Raja Shehadeh. Now, in 2015, especially given the recent events in Gaza, it is important to once again look at this area of the world, this time through the lens of a progressive Jewish artist and activist.

“As with Rodney King, which we presented only a few weeks after the events in Ferguson, Missouri, it is my hope that the theatre can be a place for community dialogue, for increased tolerance, and for healing; a safe environment in which to have difficult conversations.” 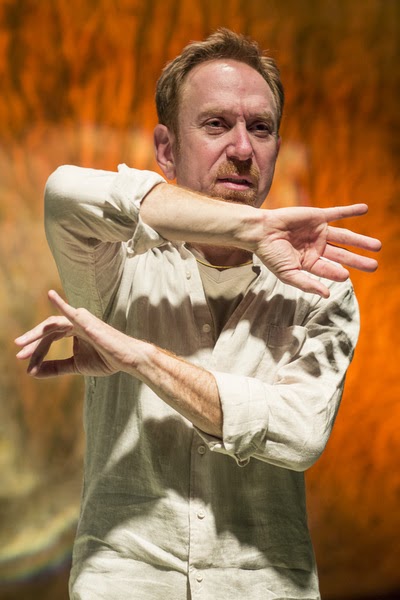 Discussion will certainly be sparked as a result of Aaron’s provocative piece, and we give our audience a forum in which to participate and process questions raised during the show. Gathering a variety of panelists ready to engage with you, we think of this post-show conversation as our “second act.”

Aaron says, “I hope my audiences come with an open heart. People are very divisive about this issue, understandably. I think we are capable of holding vast complexity and even contradiction. I think we are more connected to our own humanity when we are generous with each other, when we remain curious about the ‘other.’”

Joe is confident that Aaron’s vision will be achieved in the setting of our theatre. “I have known Aaron Davidman for many years, and his deep thinking, his honest, personal and rigorous attempt to understand the situation, gives another voice and another perspective to one of the world’s thorniest issues.”

There are only six performances of Wrestling Jerusalem, January 7-11. Call our Box Office at 919.962.PLAY (7529) or Click Here to buy tickets and find out more.