ACTOR 6: We all know this ends in a genocide, so let’s get there.
White Man, start us off.

Despite its title, We Are Proud to Present a Presentation About the Herero of Namibia, Formerly Known as Southwest Africa, From the German Südwestafrika, Between the Years 1884-1915, this play is not a history lesson about German colonialism at the turn of the 20th century. It is not a chronicle of traditions and culture of the Herero; it does not detail the structural and institutional details of genocidal violence. That said, as Actor 4 observes “everything we’re talking about happened to real people, a whole people, not just one family, thousands of families.”

In an effort to honor those people, we offer these resources for your own investigations.

While the German letters referenced in We Are Proud to Present… are imagined versus sourced from an archive, playwright Jackie Sibblies Drury did begin her process with research about the Herero genocide. The above video “Black Box/Chambre Noir” was one of her influences: a multimedia installation about the Herero genocide by the South African artist William Kentridge, combining projected animation and mechanical puppets.

The entirety of a 2004 BBC Four documentary “Genocide and The Second Reich,” commemorating the then 100th anniversary of the Namibia genocide. WARNING some images are disturbing.

This map of the boundaries and features of German Südwestafrika 1884-1915 by Rob Haug appears in a 2005 article “The First Genocide of the 20th Century and its Postcolonial Afterlives: Germany and the Namibian Ovaherero” by George Steinmetz, Professor of German and Sociology at the University of Michigan. 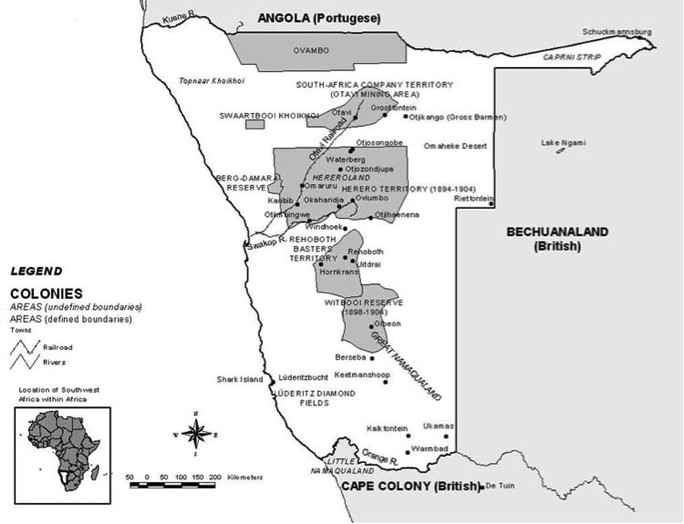 While Drury acknowledges she did not source the letters referenced in the play from any specific historical archives, there are examples of historical correspondence between German soldiers and individuals back in Germany. This 1905 postcard is dated Dec 28, 1905 and depicts a German soldier and his horse posing with three “natives” and a tiger hide. Image from Mike White’s Worldwide Postal History. Censored and Military Mail website. 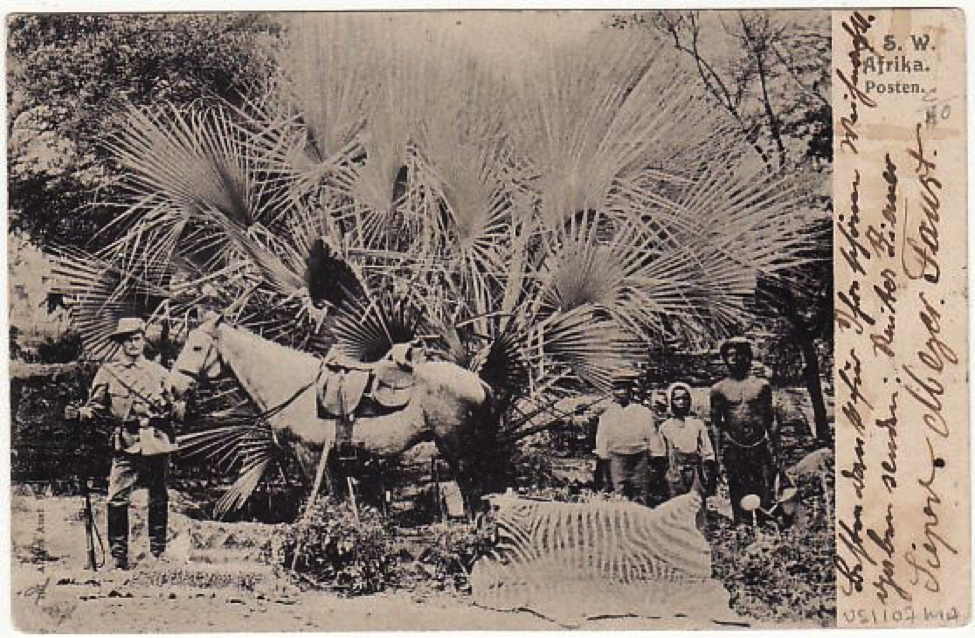 The following is a photograph of Herero women taken by photojournalist Margaret Bourke-White while in Windhoek, South Africa, April 1950. Southwest Africa was under South African control from 1915 until its independence in 1990. It was administered as South Africa’s fifth province and as such experienced the same apartheid governance despite multiple appeals and lawsuits brought to the United Nations between the early 1950s and the late 1980s. 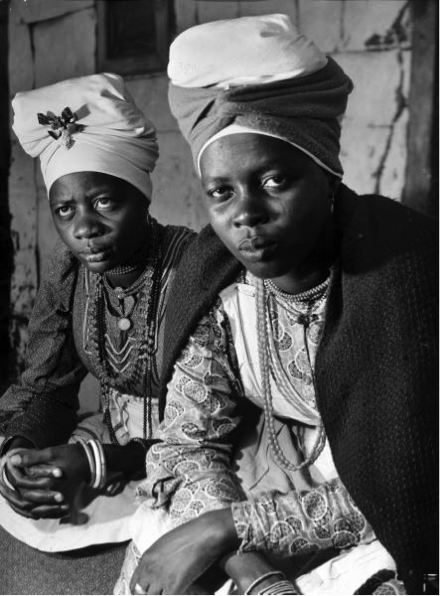